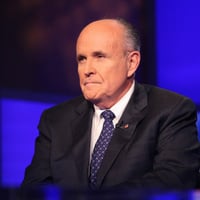 What is Rudy Giuliani's Net Worth?

Rudy Giuliani is an American politician and inactive lawyer who has a net worth of $40 million. Rudy served as Mayor of New York City from 1994 to 2001. Before this, he was the United States Associate Attorney General and the United States Attorney for the Southern District of New York. Later in his career, as part of the personal legal team for Donald Trump, Giuliani gained notoriety for engaging in corruption and attempting to overturn the results of the 2020 presidential election.

While he was running for President in 2007, Rudy Giuliani released disclosures that showed his net worth was at least $18 million and could be as high as $70 million. The disclosure showed that Rudy earned $11.4 million in 2006 alone after performing 124 paid speeches. That's a major boost from 2001 when he estimated his net worth at $3 million during his divorce from his second wife, most of which came from a book advance.

Rudy and Judith's divorce proceedings with Judith Nathan took over a year to finalize. During the divorce fight, we learned a number of interesting facts about the Giuliani's wealth and spending. We learned that the couple maintain six homes and typically spent $230,000 per MONTH to fund their lifestyle. They have 11 country club memberships and Rudy sometimes spends $12,000 PER MONTH on cigars. Immediately after their separation in 2018, Rudy agreed to pay Judith $43,000 per month in support. Judith was seeking an increase to $63,000 per month.

Rudy Giuliani was born in 1944 in Brooklyn, New York as the only child of working-class parents Harold and Helen. Harold, who had trouble holding down a job, was sentenced to prison in Sing Sing for felony assault and robbery. When he was released, he worked with his brother-in-law, who operated an organized crime-affiliated gambling and loan sharking ring at a Brooklyn restaurant. As a youth, Giuliani attended St. Anne's Catholic school, and later went to Bishop Loughlin Memorial High School. He then enrolled at Manhattan College in the Bronx, where he majored in political science. Following his graduation, Giuliani attended the New York University School of Law, from which he graduated with his JD in 1968.

Giuliani began his political career as a Democrat, volunteering for Robert F. Kennedy's presidential campaign in 1968. Additionally, he worked as a Democratic Party committeeman on Long Island.

After graduating from law school, Giuliani clerked for Judge Lloyd Francis MacMahon, United States Judge for the Southern District of New York. Later, after switching from a Democrat to an Independent in 1975, he served in the Ford administration as the Associate Deputy Attorney General. From 1977 to 1981, Giuliani practiced law at the Patterson, Belknap, Webb and Tyler firm. During this time, following the election of Ronald Reagan, Giuliani switched his party affiliation again from Independent to Republican. In 1981, he was named Associate Attorney General in the Reagan administration, and in 1983, became US Attorney for the Southern District of New York. Giuliani began gaining prominence in this position due to his many high-profile cases, including his prosecution of drug dealers and organized crime.

One of Giuliani's most famous cases was the Mafia Commission Trial, which ran from 1985 to 1986. As the lead federal prosecutor, he indicted 11 organized crime figures on charges of racketeering, extortion, and murder for hire. Another highly publicized case involved Wall Street arbitrageur Ivan Boesky, who was accused of insider trading; this case led to the prosecution of junk bond trader Michael Milken, who was also implicated in the scheme. 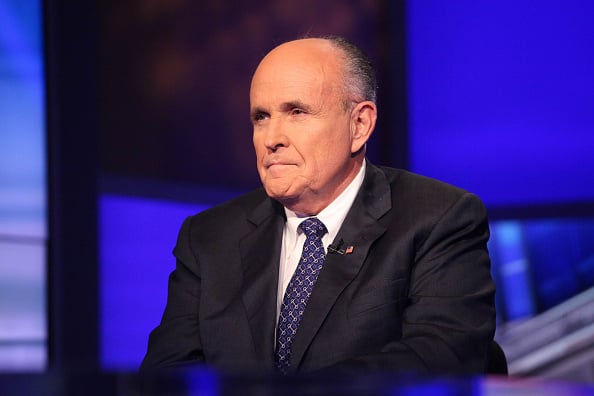 Following a failed campaign for Mayor of New York City in 1989, Giuliani succeeded in 1993, and was reelected in 1997. With his platform of cracking down on crime, he spearheaded the controversial "civic cleanup" of the city between 1994 and 2001. In particular, Giuliani focused on eliminating panhandlers and sex clubs from Times Square, aiming for a return to the area's earlier focus on business and the arts. To do this, he and newly appointed police commissioner William Bratton went after low-level crimes, using the theory of "broken windows policing" to target visible signs of social disorder. While crime rates fell, Giuliani also drew backlash for his policies, which were considered to disproportionately target racial minorities.

As mayor in 2001, Giuliani was widely celebrated for his response to the September 11 terrorist attacks. Many people praised his leadership role, causing his approval rating to improve drastically. Giuliani became known at the time as "America's mayor"; moreover, he was named Time magazine's Person of the Year, and was granted an honorary knighthood by Queen Elizabeth II in 2002. Despite these honors, Giuliani was later criticized for downplaying the residual health effects of the attacks, and for his eagerness to reopen Wall Street.

In April of 2018, Giuliani joined the personal legal team of Donald Trump. He soon gained enormous notoriety for his actions, in particular for engaging in corruption and profiteering on the president's behalf. Toward the end of 2019, he was placed under federal investigation for violating lobbying laws, and for serving as a central figure in the Trump-Ukraine scandal. Following Biden's presidential victory in November of 2020, Giuliani represented Trump in numerous ludicrous lawsuits in an effort to overturn the election results. Famously, he appeared in a bizarre press conference held between a landscaping business and a sex shop, and made a surfeit of false and debunked claims about election fraud, rigged voting machines, and a global communist conspiracy. Along with his many lies, he was involved in spurring on the right-wing rioters who stormed the US Capitol on January 6, 2021. Consequently, Giuliani's license to practice law was revoked in New York State and the District of Columbia.

Giuliani has been married three times and has two children. In 1968 he married second-cousin, Regina Peruggi. Even though they did not divorce until 1983, the pair were separated in the mid 70s.

His second wife was Donna Hanover, with whom he has two children, son Andrew and daughter Caroline. Rudy and Donna filed for divorce in 2000 and had a very public battle which included Giuliani's infidelities with future wife Judith Nathan, who was banned from meeting his children until the divorce was final. He and Nathan were married in 2010 after his battle with prostate cancer. They separated in September 2018. Following this, Giuliani revealed he was in a relationship with nurse practitioner Maria Ryan, who was alleged to be his mistress during his marriage to Nathan.