What is Ron DeSantis's Net Worth and Salary?

Ron DeSantis is a politician and attorney who has a net worth of $320,000. That figure is according to his own financial disclosure form submitted to the Division of Elections in June 2022. His disclosure showed that DeSantis does not own stocks, doesn't own real estate and carries roughly $21,000 in student loans. Ron DeSantis is probably best known for serving as the governor of Florida, a position he was elected to in 2019. Prior to this, Ron represented the Florida's 6th district in the House of Representatives.

Ron DeSantis was born on September 14, 1978 in Jacksonville, Florida to Ronald Sr. and Karen. As a child, he moved with his family to Orlando before settling in Dunedin. He had a younger sister named Christina who passed away in 2015. For his schooling, DeSantis went to Our Lady of Lourdes Catholic School and Dunedin High School. He went on to attend Yale University, where he studied history and was captain of the varsity baseball team. After graduating magna cum laude in 2001, he spent a year teaching at the Darlington School in Rome, Georgia. DeSantis subsequently enrolled at Harvard Law School, graduating with his JD in 2005.

While still attending Harvard Law, DeSantis became an officer in the US Navy. In 2005, he completed Naval Justice School; he went on to be named a lieutenant the following year. DeSantis worked for the commander of Joint Task Force-Guantanamo at Guantanamo Bay. After this, he was assigned to SEAL Team One and was deployed to Iraq. Upon his return to the US in 2008, DeSantis was assigned to the Naval Region Southeast Legal Service. He became a special assistant attorney at the US Attorney's Office in the Middle District of Florida, working as a trial defense counsel until his military discharge in early 2010. For his service, DeSantis earned a Bronze Star Medal, a Navy and Marine Corps Achievement Medal, and a National Defense Service Medal, among other laurels.

Ron DeSantis ran in the Republican primary for Florida's 6th congressional district in 2012. Winning the six-person primary with 39% of the vote, he went on to beat Democrat Heather Beaven in the general election with 57% of the vote. DeSantis later won reelection in both 2014 and 2016. During his tenure as a congressman, he co-founded the Freedom Caucus, a deeply conservative congressional voting bloc. DeSantis also launched an attack on Special Counsel Robert Mueller, attempting to block his investigation into Russian interference in the 2016 presidential election.

DeSantis announced his candidacy for the US Senate in 2015. He ran for the seat held by Marco Rubio, who was at the time running for president. However, after Rubio withdrew from the presidential race and decided to run for reelection to the Senate, DeSantis dropped out of the Senate race. 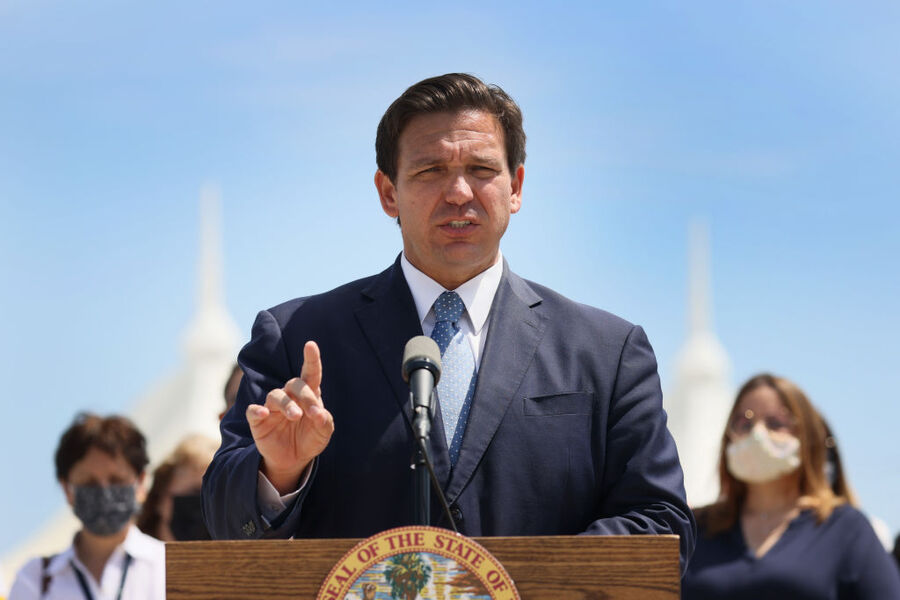 In 2018, Ron DeSantis ran for governor of Florida to succeed Republican incumbent Rick Scott. He won the primary, and faced off against Democrat Andrew Gillum in the general election. Running on a campaign characterized by pro-gun and anti-immigration stances, DeSantis narrowly beat Gillum by a margin of 0.4%, triggering a machine recount. Ultimately, DeSantis was declared the winner.

Ron DeSantis's tenure as Florida governor has been marked by a number of conservative-friendly stances and policies.

Early in his governorship, he signed a measure making it harder to create successful ballot initiatives in the state. He also supported various laws that would make it harder for people to vote in elections.

One of DeSantis's most controversial episodes was during the height of the COVID-19 pandemic, when he resisted CDC recommended safety protocol measures that had been adopted by other states. Some in Florida cheered his policies and it's so far unclear if he was correct or not. But, it is true that by the summer of 2021, Florida was the state with the highest per capita hospitalizations from the coronavirus. DeSantis famously banned public schools from implementing mask mandates and went on to sign into law a legislative package imposing fines on any organization requiring COVID-19 vaccinations.

Ron DeSantis has also been controversial for his opposition to federal education programs, as well as for his ban on the teaching of critical race theory in Florida public schools. He has taken many other measures to restrict student learning and safety, including the highly derided Parental Rights in Education which is popularly-known as the "Don't Say Gay" law. That law prohibits educators from teaching about sexual orientation and gender identity to kids from kindergarten through the third grade. Among his other views, DeSantis opposes gun control, immigration, voting rights, the Affordable Care Act, and abortion, and has proposed or signed legislation against them.

In 2010, DeSantis married former news and television host Casey Black. The couple initially lived in the upscale community of Ponte Vedra Beach before moving to Palm Coast. DeSantis and Black have three children together. 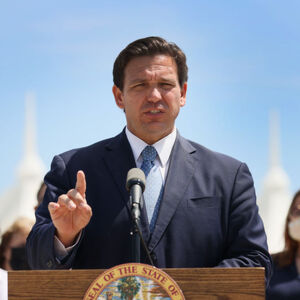