He was born Rodney Procter Frelinghuysen on April 29, 1946, in New York City. Shortly after he earned his BA from Hobart College in New York, he was drafted into the United States Army. Following his basic training at Fort Dix, he got assigned as a clerk to the commanding officer during the Vietnam War. Once he completed his military service, Frelinghuysen pursued an active state political career as a member of the Republican Party. It was in 1994 that Frelinghuysen defeated Democrat State Senator Frank Herbert 71% to 28% in the November election, thus joining the U.S. House of Representatives. The district serves Morris County and other areas that are the 10th-richest congressional district in the US. In January 2018 Rodney announced he would not seek re-election. 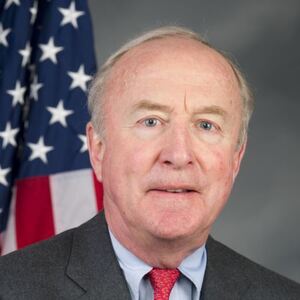