Robin Hayes Net Worth and Salary: Robin Hayes is an American politician who has a net worth of $120 million. He was born Robert Cannon Hayes on August 14, 1945, in Concord, North Carolina. His great-grandfather founded the Cannon Mills textile corporation, once the world's largest producer of towels and sheets. He got involved in politics soon after graduating from Duke University. He started out as a city councilman and then was elected to the North Carolina House of Representatives in 1992, serving two terms. In 1996 he ran for governor in 1996 as a Republican nominee, but lost to Democratic incumbent Jim Hunt. In the period from 1999 to 2009, he was a five-term representative of North Carolina's 8th congressional district in the House of Representatives. From 2011 to 2013 and then again starting in 2016 Robin served as chairman of the North Carolina Republican Party. A sound advocate of a federal prohibition of online poker, Robin Hayes was a co-sponsor of the H.R. 4777, the Internet Gambling Prohibition Act.

Wealth Details: According to his 2004 congressional finance disclosure, Robin controlled assets worth $60 million. His most recent disclosure pegged his net worth as high as $150 million. He owns at least $20 million worth of real estate and tens of millions of dollars worth of stock including a $10 million stake in Berkshire Hathaway and $12 million worth of oil and gas investments. When he was in office, he was one of the wealthiest members of Congress. 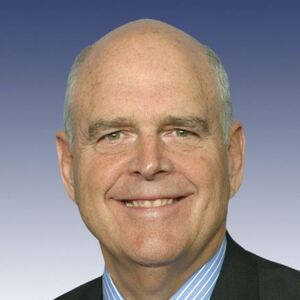