Rick Perry net worth: Rick Perry is an American politician who has a net worth of $3 million. Rick Perry is probably most notable for being the Governor of the state of Texas and a Republican Presidential primary candidate. Rick has accumulated his net worth largely through his family's fortune, his numerous published books, and his successful career in politics.

The latter began at a very early age for Perry, when at 11 years old his father (also a politician and has served as Haskell County commissioner in Texas) took him to the funeral of US Representative Sam Rayburn, a Texan Democrat who served as the Speaker of the House of Representatives. After graduating college, Perry joined the Air Force, where he eventually ascended to the rank of captain. After leaving the Air Force, Perry returned to his home in Texas to work as a cotton farmer with his father. From there, Perry began taking the idea of working in politics seriously; eventually winning the 2002 gubernatorial election in Texas after having taken the office in 2000 after then Governor George W. Bush was elected President. Since holding the office, Perry has earned his share of supporters and enemies. One of his most infamous actions is the stonewalling of the investigation into the innocence of death row inmate Cameron Todd Willingham, who is believed by many to be completely innocent of the crime he was convicted of and executed for. After much positive attention in the media and among voters, Perry joined the Republican primary for President, but his campaign has stalled due to poor debate performance (among other factors). It remains to be seen whether he will be able to reinvigorate his campaign. 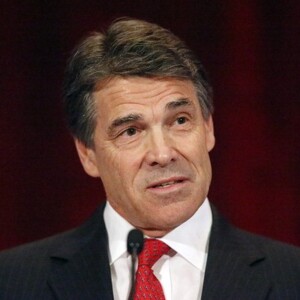