Richard Shelby is a United States Senator who has a net worth of $20 million. Shelby was born on May 6, 1934 in Birmingham, Alabama and assumed office on January 3, 1987. Shelby attended school at the University of Alabama in Tuscaloosa and later served as U.S. Magistrate for the Northern District of Alabama, Special Assistant Attorney General of Alabama, and city prosecutor.

Shelby was first elected as a conservative democrat, otherwise known to be part of the boll weevils. He later became a member of the Republican Party during Clinton's reign. Shelby has also been an active participant in the American Bar Association, the Alabama State Bar; the Senate Committee on Banking, Housing, and Urban Affairs; the Appropriations Committee, and the Special Committee on Aging. Shelby was a known member of the Delta Chi and Phi Alpha Delta fraternities during his college years. He has had several buildings named after him, including the University of Alabama's Shelby Hall Research Center, the Richard C. and Annette N. Shelby Interdisciplinary Biomedical Research Building, Auburn University's Senator Richard C. and Dr. Annette N. Shelby Center for Engineering Technology, and the University of South Alabama's Shelby Hall houses. Richard Shelby is currently married to Annette Shelby and has two children by the names of Claude and Richard Jr. 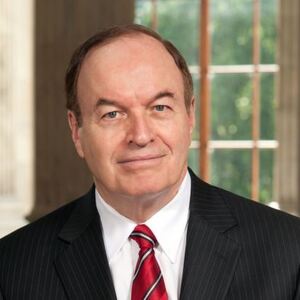