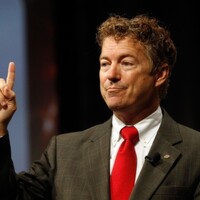 What is Rand Paul's Net Worth?

Rand Paul is a physician and Republican politician who serves as the junior US Senator from Kentucky. According to his most recent financial disclosure, Rand Paul has a net worth of $1.5 million. As a Senator Rand earns an annual salary of $174,000. Rand has described himself as a constitutional conservative, and is a supporter of the Tea Party movement and other retrograde positions. Paul ran for the Republican presidential nomination in 2016, and after losing it, became a toady for his rival Donald Trump.

Rand Paul was born on January 7, 1963 in Pittsburgh, Pennsylvania to Ron Paul, a politician, and Carol. He has four siblings named Ronald, Lori, Robert, and Joy. In 1968, the family moved to Lake Jackson, Texas, where Paul grew up. There, his father started a medical practice, and was eventually elected to the United States House of Representatives. Paul attended Brazoswood High School, where he competed on the swimming and football teams. Later, at Baylor University, he continued his swimming career, and became involved with the Young Conservatives of Texas. Paul ultimately dropped out of Baylor after he was accepted to the Duke University School of Medicine, which didn't require an undergraduate degree for admission at that time. He earned his M.D. in 1988.

Following a residency in ophthalmology, Paul relocated to Bowling Green, Kentucky in 1993. He landed his first medical job at Downing McPeak Vision Centers, where he worked for about five years. Following this, he worked at the private medical group Graves Gilbert Clinic for around ten years. Following this, he established his own medical practice in a converted house. Between 1993 and 2010, Paul faced two malpractice lawsuits. In 2003, he withdrew from the American Board of Ophthalmology and declared himself self-certified by the National Board of Ophthalmology.

In August of 2009, Paul announced his campaign for the US Senate as a Republican. In May of the following year, he won the Republican Senatorial primary by a 23% margin. Although he caused controversy for making some racist comments in the run-up to the general election, he managed to defeat his rival Jack Conway with 56% of the vote. After being sworn in, Paul formed the Senate Tea Party Caucus, and immediately began making other disastrous decisions. His first legislative proposal was to slash $500 billion from federal spending, including drastically cutting the Department of Energy and eliminating the Department of Housing and Urban Development. Later, he blocked legislation intended to strengthen safety rules for oil and gas pipelines, and blocked another bill that would provide $36 million in benefits to disabled and elderly refugees.

Paul drew more backlash in 2013, when it was found that he had plagiarized from the Wikipedia page for the film "Gattaca" in a speech he gave in support of Virginia gubernatorial candidate Ken Cuccinelli. Following this incident, it was discovered that Paul had systematically plagiarized from other authors in many of his prior speeches, articles, and books. In terms of legislation, he went on to make a string of appalling actions, including approving the Keystone Pipeline; blocking a tax treaty with Switzerland; supporting the abolishment of gun-free zones; pushing to withdraw from the Paris Agreement; defending Donald Trump's campaign finance violations; and advancing efforts to repeal the Affordable Care Act. Moreover, Paul has repeatedly made false claims that the 2020 presidential election was stolen. After the rightwing terrorist attack on the US Capitol, he voted against creating an independent commission to investigate the crimes committed. 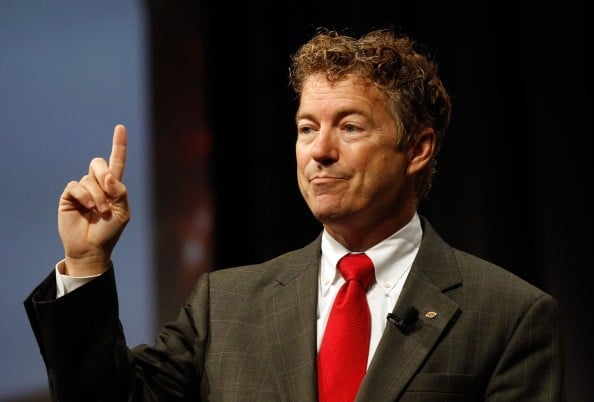 Paul announced his presidential candidacy for the Republican nomination in April of 2015. Early the next year, he suspended his campaign after he finished in fifth place in the Iowa caucus. Although he initially opposed his rival Donald Trump, he began siding with him after Trump won the nomination.

Paul supports the ultra-conservative Tea Party movement, and considers himself a "constitutional conservative." Fiscally, he supports a balanced budget amendment and a flat tax rate of 14.5% for businesses and individuals. Paul opposes most sensible and progressive positions, including women's rights, LGBTQ rights, immigrant rights, gun control, and universal healthcare. Like other conservatives, he also denies the reality of climate change, and has repeatedly made false claims about COVID-19 and vaccinations. He has often appeared on the radio program of rightwing conspiracy theorist Alex Jones.

In 1990, Paul married freelance writer Kelley; together, they have three sons named William, Duncan, and Robert. The couple resides in Bowling Green, Kentucky, and are active members of the Presbyterian church.

In November of 2017, Paul was assaulted by his neighbor Rene Boucher while he was mowing his lawn. Paul suffered five broken ribs, and had to have part of his lung removed as a result of his injuries. Boucher, meanwhile, was charged with one count of fourth-degree assault, and was eventually released on a $7,500 bond. Reportedly, the altercation was caused by a dispute over Paul leaving tree debris too close to his property line. Boucher was initially sentenced to 30 days in prison, one year of probation, 100 hours of community service, and a fine. Subsequently, federal prosecutors decided on a 21-month prison term. After a resentencing, however, Boucher received an eight-month prison term and six months of house arrest.