What is Paul Ryan's Net Worth and Salary?

Paul Ryan is an American politician who has a net worth of $8 million. Ryan has served as the U.S. Representative for Wisconsin's 1st congressional district since 1999 and as Chairman of the House Budget Committee since 2011. During his 13 years in the House of Representatives, Ryan sponsored more than 70 bills or amendments, two of which were enacted into law. Ryan also co-sponsored 975 bills, of which 176 have passed. 22 percent of these bills were originally sponsored by Democrats. He was the Republican Party nominee for Vice President of the United States in the 2012 election, teaming up with Presidential nominee Mitt Romney.

During college, Ryan was a member of the College Republicans and volunteered for the congressional campaign of John Boehner. Ryan received a Bachelor of Arts in 1992 with a double major in economics and political science. Ryan's mother Betty Ryan reportedly urged her son to accept a congressional position as a staff economist attached to Senator Kasten's office, which he did after graduating in 1992. In his early years working on Capitol Hill, Ryan supplemented his income by working as a waiter, a fitness trainer, a driver for Oscar Meyer, and several other odd jobs.

Before serving as a U.S. Representative, Ryan was a speechwriter for Empower America (now FreedomWorks), a conservative advocacy group founded by Jack Kemp, Jeane Kirkpatrick and William Bennett. He later worked as a speechwriter for Kemp, the Republican vice-presidential candidate in the 1996 United States presidential election. In 1995, Ryan became the legislative director for then-U.S. Senator Sam Brownback of Kansas. He returned to Wisconsin two years later.

At 28 years old, Ryan defeated Michael J. Logan in the Republican primary and went on to be elected to the House in 1998, rendering him the second youngest member of the House. He went on to serve for 20 years and was reelected eight times. In 2000, 2002, 2005, and 2006, he defeated his Democratic counterpart Jeffrey C. Thomas. In 2008, he defeated Democrat Marge Krupp in the election. In the 2010 election, he defeated Democrat John Heckenlively. In 2012, he became Mitt Romney's running mate in the presidential election, and under Wisconsin law he was allowed to run for both vice president and for Congress at the same time. They ended up losing to President Barack Obama and then-vice president Joe Biden.

In 2015, Speaker of the House John Boehner announced to House Republicans his intent to step down from the speakership and the House. Kevin McCarthy, with wide support among his party, was considered the favorite. However, McCarthy's candidacy was opposed by conservative Freedom Caucus members and he withdrew his name from consideration. 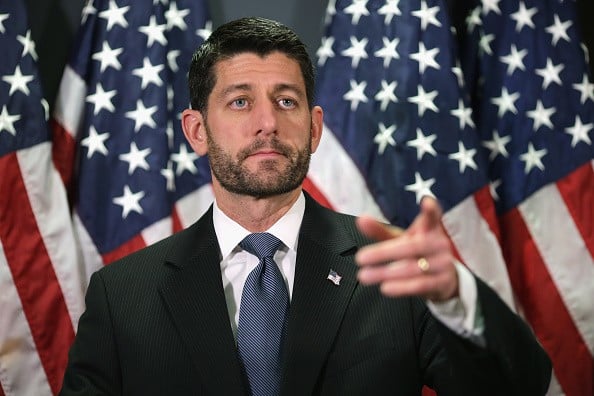 Ryan quickly became the favorite candidate, with Boehner issuing him a plea and telling him that he was "the only person who could unite the House Republicans at a time of turmoil." Ryan in turn released a statement that read: "While I am grateful for the encouragement I've received, I will not be a candidate." However, he had a change of heart and confirmed on October 22, 2015, that he would be seeking the position of speaker of the house, stating: "I never thought I'd be speaker. But I pledged to you that if I could be a unifying figure, then I would serve – I would go all in. After talking with so many of you, and hearing your words of encouragement, I believe we are ready to move forward as one, united team. And I am ready and eager to be our speaker."

Post-retirement, Ryan joined the board of directors of Fox Corporation. In August 2019, he joined the board of SHINE Medical Technologies and joined the faculty of the University of Notre Dame, where he did a stint as a guest lecturer in both economics and political science. He launched a non-profit in October 2019 called American Idea Foundation.

Ryan married tax attorney Janna Christine Little in December 2000. The couple has three children. The family splits their time between Janesville, WI, and a rental home in Maryland.

His father was an alcoholic who died at age 55 from a heart attack. Ryan attributes his death to years of heavy drinking. Due to a history of fatal heart attacks in his family, Ryan is a fitness enthusiast and does cross training programs such as P90X and runs marathons as well. 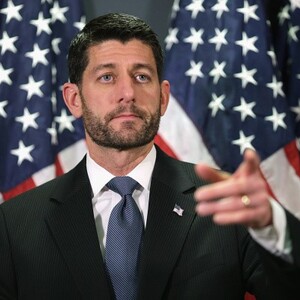