Paul E. Gillmor Net Worth: Paul E. Gillmor was an American politician who had a net worth of $5 million. Born Paul Eugene Gillmor (February 1, 1939 – September 5, 2007), he was an active member of the Republican Party that served as the U.S. Representative from the 5th congressional district of Ohio from 1989 until his death.

Having received a BA from Ohio Wesleyan University, he went on to acquire a law degree from the University of Michigan. Next, he was on active duty in the U.S. Air Force from 1965 to 1966 as a Judge Advocate, acquiring the rank of Captain. Gillmor then entered the practice of law, before being elected as an Ohio state senator in 1967. He held the post until being elected to Congress in 1988, having entered the Republican primary for the 5th District after 30-year incumbent Del Latta retired. On September 5, 2007, Gillmor was found dead in his Arlington County, Virginia townhouse by members of his staff in a death that had been ruled an accident. 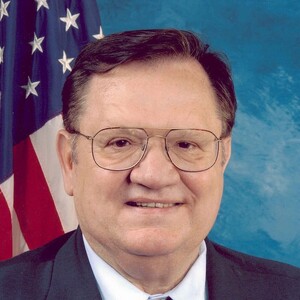