Paul Cook net worth: Paul Cook is an American politician who has a net worth of $1.3 million. Paul Cook was born in Meriden, Connecticut in March 1943. He is a Republican who graduated from Southern Connecticut State University, California State University, San Bernardino, and University of California, Riverside. Cook served in the United States Marine Corps in the Vietnam War and was awarded two Purple Hearts and a Bronze Star.

From December 2006 to November 2012 he served as a member of the California State Assembly from the 65th district. Paul Cook became a member of the U.S. House of Representatives from California's 8th district in January 2013, taking the place of Nancy Pelosi. He has also served on the Yucca Valley town council from 1998 to 2006. In the U.S. House of Representatives he has served on the Committee on Armed Services, Committee on Foreign Affairs, and Committee on Veterans' Affairs. 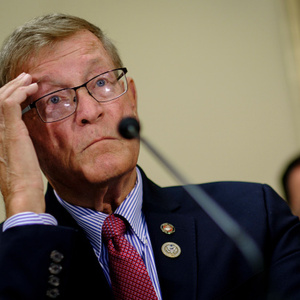