Olympia Snowe Net Worth: Olympia Snowe is an American politician who has a net worth of $30 million. Olympia Jean Snowe (née Bouchles) was born on February 21, 1947, in Augusta, Maine. She is a former United States Senator from Maine.

Shortly after Snowe earned a degree in political science from University of Maine in 1969, she entered politics and rose through the ranks quickly. She first grabbed the chance to run for a U.S. Senate seat after Senate Majority Leader George J. Mitchell declined to run for re-election in 1994. Snowe not only immediately declared her candidacy for the position, but she also ultimately defeated her Democratic opponent Tom Andrews. She went on to win two more reelections for the post, once in 2000 and then in 2006. In her tenure, Snowe became popular for her incredible ability to affect the outcome of close votes, as well as to decide whether to end filibusters. Along with her former fellow senator from Maine, Susan Collins, she was considered to be a leading moderate within their party. On February 28, 2012, Olympia Snowe made an announcement that she would not seek reelection in November. Once her term ended on January 3, 2013, she officially retired from politics. 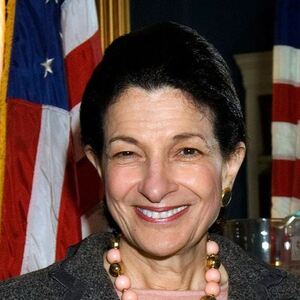