Oliver North net worth: Oliver North is an American former United States Marine Corps Lieutenant Colonel, conservative political commentator, television host, military historian, and author who has a net worth of $5 million dollars. Oliver North became nationally-known for his role in the Iran-Contra scandal of the 1980s which funneled profits sold to the Islamic Republic of Iran to Contra rebel groups in Nicaragua. He hosted a radio talk show for several years, became a Fox News personality and served as President of the NRA from May 2018 to April 2019.

Oliver North was born in San Antonio, Texas on October 7, 1943. He went on to attend the State University of New York – Brockport. After two years at SUNY-Brockport, he was accepted to the United States Naval Academy and transferred. He served during Vietnam, and then went on to rise through the ranks to ultimately become the deputy director for political-military affairs for the National Security Council in Washington, D.C. He won numerous military awards and honors, including the Silver Star and the Purple Heart. However, he is most widely recognized for his role in the Iran-Contra affair. The political scandal during the Reagan administration involved the sale of weapons to Iran, with the profits going to the Contras in Nicaragua. He admitted to being partially responsible for the multiple transactions and received limited immunity from prosecution in exchange for testifying before Congress. He was convicted on three felonies related to the scheme but the convictions were vacated and all charges dismissed in 1991 after an appeals court witnesses at his trial might have been impaired by his congressional testimony.

After Iran-Contra: In 1994 Oliver ran for US Senate as a Republican. He lost. As part of his campaign, Oliver raised $20.3 million through a nation-wide direct-mail fundraising push. It was the most money raised through direct-mail up to that point.

Oliver has written a number of best-selling books. He is an in-demand public speaker and was even a military consultant for the 2012 video game Call of Duty: Black Ops II.

NRA: In May 2018, Oliver was elected President of the National Rifle Association. He began his term a few months later in September. According to various media reports and legal inquiries that were released in 2020, technically being President of the NRA is a volunteer position and does not come with a salary. Again, according to reports, Oliver was making a decent salary and his family was receiving health benefits thanks to his employment at Fox News. In order to take the volunteer position as head of the NRA, the organization's executive Vice President Wayne LaPierre allegedly came up with a plan where Oliver would be paid a salary of $2 million per year not by the NRA but by their ad agency Ackerman McQueen. The NRA would then allegedly be billed for his salary so Ackerman could be reimbursed.

Personal Life: Oliver has been married to Betsy Stuart since 1967. They have four children. They have lived for many years on a 100-acre property in Bluemont, Virgnia. 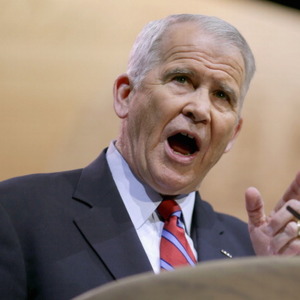