Newt Gingrich Net Worth: Newton Leroy "Newt" Gingrich an American politician who has a net worth of $9 million. Newt Gingrich has earned his net worth with the United States House of Representatives from 1995 to 1999, which he served as the 58th Speaker of the House and as a consultant and founder of several large corporations. In the decade after he left government, his for-profit companies earned a combined $100 million in revenues. As a consultant, Newt controversially received nearly $2 million in consulting fees from the pseudo-government backed corporation Freddie Mac. Freddie Mac is controversial because of it's role in the 2008 housing crisis caused by a push for banks to make predatory loans to people with little to no income. Gingrich is also a college professor, historian, and author of nearly 30 books. During his career in the house he was the Republican opposition to President Bill Clinton. Born in Harrisburg, Pennsylvania, he was the child of a career military family. Newt was one of the leading Republican candidates for President in the 2012 election but eventually was not chosen to be the Republican candidate. 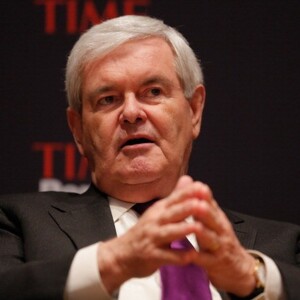