What is Mitt Romney's Net Worth?

Mitt Romney is an American businessman and politician who has a net worth of $300 million. Mitt Romney is the former Governor of Massachusetts, a former Mormon missionary, the 2012 Republican Presidential nominee, and, as of 2019, a Senator from Utah.

Mitt Romney's net worth makes him one of the richest politicians in the United States. During his 2012 Presidential campaign, Romney's financial disclosure forms estimated his total net worth to be $80 – $255 million; at that time, the value of his IRA account alone was $102 million. His 2018 Senate campaign financial disclosure pegged his fortune at $190 – $250 million.

During his lifetime Mitt has donated millions of dollars to The Church of Jesus Christ Of Latter-day Saints as well as several charitable organizations, including the Tyler Foundation (which is controlled by the Romneys), MS Cure, and the Best Friends Foundation. Romney is also a best-selling author, publishing "Turnaround: Crisis, Leadership, and the Olympic Games" in 2004 and "No Apology: The Case for American Greatness" in 2010.

Mitt Romney was born Willard Mitt Romney on March 12, 1947, in Detroit, Michigan. His mother, Lenore, was a homemaker, and his father, George (who was born in a Mormon colony in Mexico), was an automobile executive. Mitt grew up with 2 older sisters (Margo and Jane) and an older brother (Scott), and the family moved to Bloomfield Hills in 1953 when George became the CEO of American Motors. Romney studied at public schools until seventh grade, then attended Cranbook School, a private boys' prep school, where he managed the hockey team and was a member of the pep squad and cross-country running team. While attending high school, Mitt helped out with George's Michigan gubernatorial campaign; George served as Michigan's governor from 1963 to 1969 and ran an unsuccessful campaign to become the Republican Party's presidential nominee in 1968.

After high school, Mitt attended Stanford University before going to France in July 1966 for a missionary trip. In June 1968, he was seriously injured in southern France when a vehicle hit the car he was driving; the mission president's wife was killed in the crash. When he returned to the U.S. after his mission trip, Romney enrolled in college at Utah's Brigham Young University, earning a Bachelor of Arts in English in 1971. He later enrolled in a Juris Doctor/Master of Business Administration program at Harvard, graduating in 1975; he graduated cum laude from their law school and was in the top 5% of his business school class.

Romney joined the Boston Consulting Group as a management consultant in 1975, then moved on to Bain & Company in 1977, becoming a vice president of the company the following year. He left Bain & Company in 1984 to form an offshoot private equity firm called Bain Capital. Over the next 25 years Bain Capital made a fortune through leveraged buyouts. By the time Romney left Bain Capital after 25 years of work, the firm had over $4 billion under management, and Romney had pocketed hundreds of millions in personal wealth. 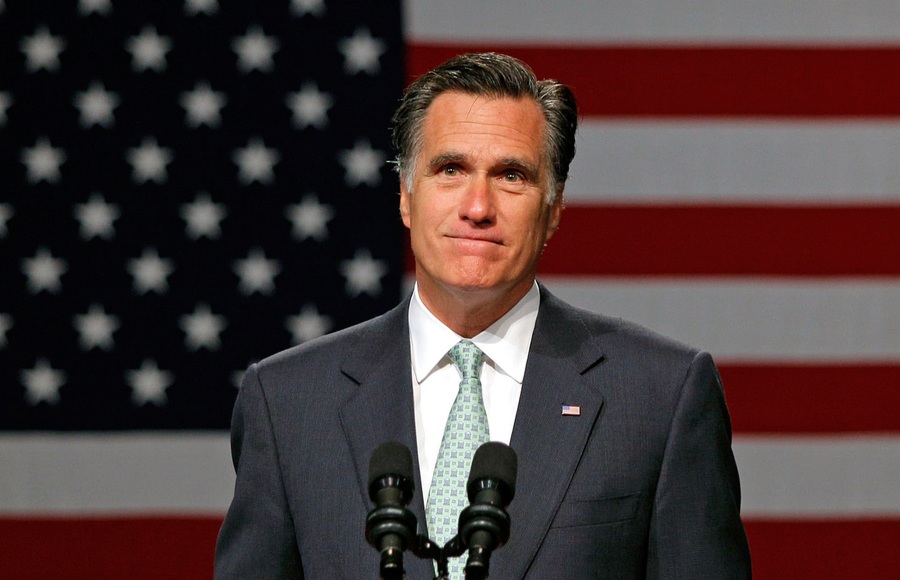 Mitt unsuccessfully ran for Senate in 1994 in Massachusetts, losing to Ted Kennedy, who had been in the Senate since 1962. He served as the Chairman of the 2002 Salt Lake City Olympic Games Committee and was elected Governor of Massachusetts that same year; he served from 2003 to 2007 and declined to take the $130,000 annual salary. Romney ran for the Republican nomination in the 2008 election but lost out to John McCain. Romney ran again in 2012, choosing Paul Ryan as his running mate and securing the nomination, but Barack Obama was re-elected with 332 electoral votes to Romney's 206. Mitt ran for Senate again in 2018, this time in Utah, and won with 62.6% of the vote.

Romney has been outspoken in his criticism of Donald Trump, and rather than vote for him in 2016, Mitt says he cast a write-in vote for his beloved wife Ann. Romney has said that he won't support Trump's re-election, and he was the only Republican senator who voted to convict Trump during his impeachment trial, which won him praise from Democrats. In June 2020, Trump mocked Romney for participating in a Black Lives Matter protest; Mitt was following in the footsteps of his father, who had participated in civil rights marches in the late 1960s when he was governor.

Breaking Down Mitt Romney's Net Worth

By the time Romney left Bain Capital after 25 years of work, the firm had over $4 billion under management and Romney had pocketed hundreds of millions in personal wealth. Thanks to his various political campaigns we have gained fairly clear insights into Romney's net worth. Some highlights:

Mitt and his wife own a valuable personal real estate portfolio. They own at least six properties around the country. In 2008 they paid $12 million for a beachfront mansion in La Jolla, California. They tore the home down and built an 8,000 square-foot mansion on the lot. In July 2021 they sold this home for $23.5 million.

They also own a $9 million mansion in Park City, Utah, a $10 million 11-acre property in New Hampshire, and a townhouse in Boston, Massachusetts.

Romney got engaged to Ann Davies in June 1965 during his senior year of high school. They got married on March 21, 1969, a few months after Mitt returned from a 2 1/2-year mission trip in France; the pair wed in a civil ceremony at Ann's home, then flew to Utah the next day for a wedding ceremony at the Salt Lake Temple. The Romneys have 5 sons: Taggart (born in 1970), Matthew (1971), Joshua (1975), Benjamin (1978), and Craig (1981). Ann was diagnosed with multiple sclerosis in 1998; Mitt was diagnosed with prostate cancer in 2017, and it was successfully treated at UC Irvine Hospital in California.

Mitt has fulfilled several roles in The Church of Jesus Christ of Latter-day Saints, including seminary teacher, bishop of the ward, and president of the Boston Stake. Ann converted to Mormonism in 1966 while Mitt was on his mission trip, and she was baptized by his father.

In 2008, Romney received a Canterbury Medal from the Becket Fund for Religious Liberty and a Distinguished Alumni Award from the Cranbrook School. He has also received honorary doctorates from the University of Utah (business), Bentley College (law), Suffolk University Law School (public administration), Hillsdale College (public service), Liberty University (humanities), and several other educational institutions. "Time" magazine included Mitt on their list of the world's 100 most influential people in 2012. 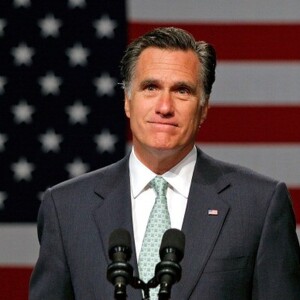