How much is Mike Johanns Worth?

Michael O. Johanns Net Worth: Michael O. Johanns is an American politician who has a net worth of $4 million. He was born Michael Owen Johanns on June 18, 1950, in Osage, Iowa. Mike is a former senior United States Senator from Nebraska.

After graduating from Creighton University School of Law, he embarked on a career in law, working as an attorney in private practice before he clerked for the Nebraska Supreme Court. In 1983, he was elected to the Lancaster County Board as a Democrat, and remained to serve there for four years, and then joined the Lincoln City Council in 1988. Johanns was the one to be elected as the 47th Mayor of Lincoln in 1991, and he got reelected in 1995. Whereas in Nebraska's 1998 gubernatorial election, he turned out the winner defeating Democratic political aide Bill Hoppner and won a reelection in 2002, this time defeating insurance executive Stormy Dean. In 2008, Johanns joined the run for the Republican nomination to replace retiring U.S. Senator Chuck Hagel. He won the Republican primary and later won the general election as well. After he was sworn in on January 3, 2009, he became one of the two new Republican senators sworn into the 111th United States Congress, the other being Jim Risch of Idaho. On February 18, 2013, Johanns made an official announcement that he would not run for reelection to a second term in 2014. 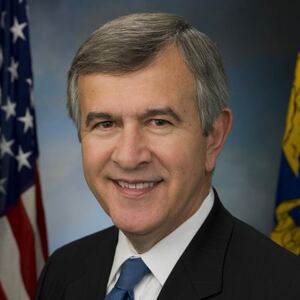