How much is Michele Bachmann Worth?

Michele Bachmann net worth: Michele Bachmann is an American politician and former Presidential candidate who has a net worth of $3 million. Her career in politics began in while she was in college. According to Bachmann, who grew up in a relatively politically liberal household, she was reading a novel by Gore Vidal in which the author was "mocking the founding fathers." It was this moment that sent Bachmann careening towards being the conservative icon that she's become today. From there, she became notable in the world of abortion protesting, taking part in a process known as "sidewalk counseling."

In 2000, Bachmann was elected to the Minnesota state senate, and it was only a matter of time before a run for a bigger office would happen. The time came 6 years later, when Bachmann was elected to the US House of Representatives, a position which she still holds. Her most recent career move was to throw her hat into the 2012 presidential campaign, even earning the designation of the first woman to when the Ames Straw Poll in Iowa. 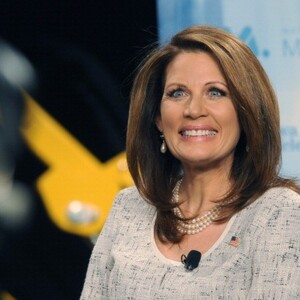