Mary Matalin net worth: Mary Matalin is an American political consultant who has a net worth of $10 million dollars. That is a combined net worth with her husband, James Carville.

Mary Matalin was born in Calumet City, Illinois, and was initially interested in focusing on a career in fashion and beauty, but went on to graduate from Western Illinois University rather than pursuing her modeling dreams. She attended Hofstra University School of Law for one year, but subsequently chose to drop out. She began working as a political campaign strategist for the Republican Party in the early 80s, and spent the next twenty years working for the Republican National Committee. She became a household name working as the Deputy Political Director and Midwest Regional Political Director for George H. W. Bush's campaign in 1988. She was also the Deputy Campaign Manager for his reelection campaign. She has hosted CNN's "Crossfire" among other political programs, and can be heard each week on the radio program, "Both Sides Now with Huffington and Matalin". She also edits numerous conservative publications. Mary Matalin is married to liberal political commentator James Carville. 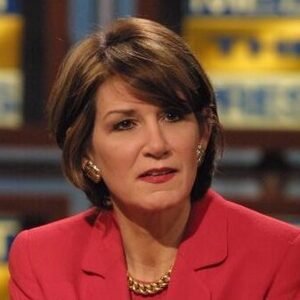