Mary Bono net worth: Mary Bono is an American politician and businesswoman who has a net worth of $6 million. Mary Bono was born in Cleveland, Ohio in October 1961. She was married to Sonny Bono from 1986 until his passing in 1998. She has been married a total of four times. Her other marriages include to Connie Mack IV from 2007 to 2013 and to Stephen S. Oswald since 2015. Mary Bono is a Republican who graduated from the University of Southern California. From 1998 to 2013 she served as a member of the U.S. House of Representatives from California. She was first elected to replace her late husband Sonny. Mary Bono joined Faegre Baker Daniels Consulting in 2013 as senior vice president. In 2018 she became interim president and chief executive officer of USA Gymnastics but resigned four days later after criticism of her role as a lobbyist for USA Gymnastics as well as marking out the logo from Nike on her sneakers due to their support of Colin Kaepernick.

At the time of his death, Sonny Bono did not have a will and, as a result, Cher sued his estate for $1.6 million in unpaid alimony related to their 1974 divorce. Mary Bono, took over his spot in US Congress where she would serve for 15 years. More than 20 years after his death, Mary was still earning between $250,000 and $1 million per year in royalties, interest and dividends connected to Sonny's songwriting credits according to a congressional disclosure form. According to her 2004 wealth disclosure, in 2004 Mary Bono had a net worth of $3 million. 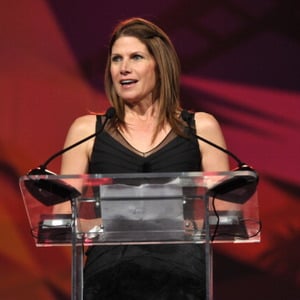