What is Mark Levin's net worth and salary?

Mark Levin is an American lawyer, author and radio host who has a net worth of $50 million. Mark Levin has earned his net worth as the host of the of American syndicated radio show The Mark Levin Show. Mark also served in the administration of President Ronald Reagan and was chief of staff for Attorney General Edwin Meese. Levin is the president of the Landmark Legal Foundation, as well as the author of several bestselling books and he regularly contributes commentary to various media outlets such as National Review Online.

After law school, Levin worked for Texas Instruments. Starting in 1981, Levin worked in the administration of President Ronald Reagan. He started out at ACTION, the federal agency that oversaw the VISTA program and other volunteer agencies. He then served as deputy assistant secretary for elementary and secondary education at the U.S. Department of Education and deputy solicitor of the U.S. Department of the Interior. Levin ultimately became chief of staff to Attorney General Edwin Meese. After he left the Reagan administration, he practiced law in the private sector. He then joined the public interest law firm Landmark Legal Foundation in 1991. There he served as the director of legal policy before he became president of the foundation in 1997. In 2001, he was awarded the American Conservative Union's Ronald Reagan Award for his work with Landmark Legal. It was reported by Politico in 2014 that Levin received a salary of more than $300,000 as president of the Landmark Legal Foundation. In 2018, he stepped down as president but remained on its board of directors.

Levin started out his broadcasting career as a guest on conservative talk radio programs. He worked as a contributor of legal opinions to the Rush Limbaugh Show for several years, appearing more regularly as the Monica Lewinsky scandal developed. Around this time, Sean Hannity became aware of him, and Levin began to feature on Hannity's radio show. Eventually, Levin was given a radio show of his own on WABC, initially on Sundays beginning in 2002, then in the time slot following Hannity's show in 2003. In 2006, Cumulus Media Networks began syndicating The Mark Levin Show nationally. In February 2016, he signed a ten-year contract extension with Westwood One that will take his show through 2025. In November 2018, Levin was inducted into the National Radio Hall of Fame.

Levin has been the founding editor-in-chief of Conservative Review, a multi-platinum online television network that later merged with Glenn Beck's network TheBlaze in 2018 to form Blaze Media. Programs that air on the network include "Levin," "Roaming Millennial," "Truth Be Told," "Allie," "In the Woods with Phil," "Kibbe on Liberty," "Louder with Crowder," "America Boiling," and several others. Fox News announced in November 2017 that it had signed Levin for a weekend show titled "Life, Liberty & Levin" to be aired on Sunday nights beginning in February 2018. The program's intention was to explore "the fundamental values and principles undergirding American society, culture, politics, and current events, and their relevance to the nation's future and everyday lives of citizens." 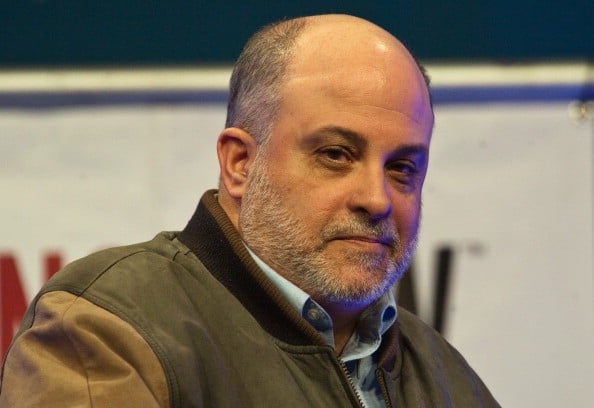 Levin uses his radio program to promote aid to military families and participates in Freedom Concerts, an annual benefit concert to aid families of fallen soldiers. He is also involved with the charity Move America Forward, which sends care packages to soldiers serving overseas.

Levin has authored several books, beginning with 2005's "Men in Black: How the Supreme Court Is Destroying America." His next book came in 2005 in the form of "Rescuing Sprite: A Dog Lover's Story of Joy and Anguish," a non-fiction work about his experience rescuing a dog from a local animal shelter. N 2009, he released "Liberty and Tyranny: A Conservative Manifesto" which became a #1 New York Times Best Seller for eleven weeks. He wrote "Ameritopia: The Unmaking of America" in 2012. In 2013, Levin released his book "The Liberty Amendments: Restoring the American Republic" which debuted at #1 on the New York Times Best Seller List. Levin's "Plunder and Deceit: Big Government's Exploitation of Young People and the Future" was published in 2015 and "Rediscovering Americanism and the Tyranny of Progressivism" was put out in 2017. Levin's "Unfreedom of the Press" was released in May 2019 and it became the number one best selling book on Amazon three days before its official release as a result of pre-order sales. It also became a #1 New York Times best seller.

A 2016 study that looked at ten prominent radio and television programs and aimed to measure "incendiary discourse" on talk radio and TV found that Levin scored highest on its measure of "outrage," which means that Levin was the radio host who incited the most outrage from listeners. A staunch conservative, Levin is popular amongst right-wing radio and television hosts. According to The Guardian, "constant attacks on Democrats and the left are important components of Levin's modus operandi." In January 2019 he stated that Nancy Pelosi was "America's first facist and that is a fact." He has vocally criticized Republicans such as John McCain and Mitt Romney with whom he disagrees. Levin heavily criticized the Obama administration and has stated that there is was a"coup" occurring against the presidency of Donald Trump waged by Obama loyalists. When Trump was the subject of the impeachment inquiry in 2019 Levin said that on his Blaze TV show: "While he's been president there hasn't even been a hint of scandal. Not a hint!" Following Joe Biden's win of the 2020 presidential election, Levin claimed to his radio audience that Democrats were "stealing the election" and insisted on Twitter to his 2.5 million followers that "there's lots of evidence of voter fraud and election screw-ups."