What is Lauren Boebert's Net Worth and Salary?

Lauren Boebert is a Republican politician and businesswoman who has a net worth of $400 thousand. That is a combined net worth with her husband Jayson Boebert who in recent years has earned nearly $500,000 per year as a consultant. As a member of the US House of Representatives, Lauren earns an annual salary of $174,000. Lauren Boebert was elected to the US representative for Colorado's 3rd congressional district in 2020 and began serving in 2021. A fervid gun rights advocate, she previously owned the now-defunct restaurant Shooters Grill in Rifle, Colorado. Among many other reasons, Boebert is also infamous for her ties to far-right extremist groups, her anti-LGBTQ views, and her attempts to help overturn the 2020 presidential election results.

Additional disclosures showed that Lauren's husband Jayson earned $480,000 and $460,000 in 2022 and 2021, respectively, from a consulting business called Boebert Consulting. In terms of liabilities, they owe Pennymac bank between $250,000 and $500,000 for a mortgage connected to their personal home in Rifle, Colorado, which according to public estimates is worth between $600,000 and $700,000. The value of the couple's former restaurant business is listed at less than $15,000.

Lauren Boebert is NOT Worth $41 Million

Contrary to a popular internet rumor, Lauren is NOT wort $41 million. That figure came from a parody website which we will not name here. The same website claimed that Boebert owns a luxury yacht, 5 real estate properties, has cash reserves of $16 million and makes $250,000 per month in income. All of these are completely fabricated claims made by a farcical website.

Lauren Boebert was born as Lauren Roberts on December 19, 1986 in Altamonte Springs, Florida. When she was 12, she moved with her family to Denver, Colorado; they later moved to Aurora before finally settling in Rifle in 2003. Boebert went to Rifle High School, but dropped out in her senior year after having a baby.

After dropping out of high school, Boebert became an assistant manager at a McDonald's in Rifle. Later, following her marriage, she had a filing job at a natural gas drilling company. Boebert eventually became a pipeliner.

In 2013, Boebert and her husband opened the restaurant Shooters Grill in Rifle, Colorado. She encouraged the restaurant's staff to openly carry firearms due to a false claim she made that a man was beaten to death outside of the restaurant. Boebert also owned a restaurant across the street called Smokehouse 1776, and had another restaurant called Putters that she sold in late 2016.

In 2017, temporary locations set up by Shooters Grill and Smokehouse 1776 allegedly caused a food poisoning outbreak at a fair in Garfield County. The restaurants reportedly did not have permits to operate their temporary locations, and that they allegedly handled the food without proper hygiene.

Boebert caused more chaos in 2020 during the COVID pandemic when she violated Colorado's stay-at-home order by reopening Shooters Grill for dine-in. Her food license was soon suspended, and Shooters Grill was eventually shuttered in the summer of 2022. 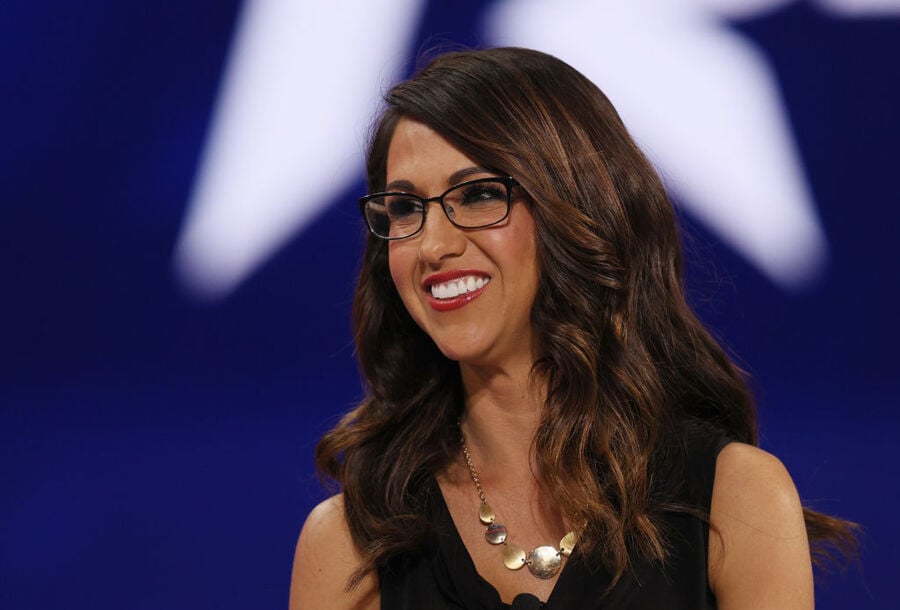 Boebert decided to enter federal politics in late 2019 when she announced her campaign to represent Colorado's 3rd congressional district as a US representative. Facing five-term incumbent Scott Tipton in the Republic primary, and then Democrat Diane Mitsch Bush in the general, Boebert ran on a campaign that celebrated far-right extremism and gun ownership. She also vocally embraced conspiracy theories promoted by QAnon. Boebert ultimately won the election.

In 2021, Boebert got into trouble with the FEC for using her reelection campaign funds for personal expenses. She eventually submitted documents to the FEC showing that the money was used for rental and utilities bills, and that it had since been reimbursed. However, controversy continued to plague her during her campaign, mostly for the many inflammatory and false statements she made. Notably, Boebert perpetuated the Big Lie that the 2020 presidential election was stolen, and claimed that Anthony Fauci was responsible for facilitating the COVID pandemic. She still managed to pull out the win in the general election, albeit by a very narrow margin.

Boebert opposes women's rights, LGBTQ rights, immigrant rights, clean energy, sex education, gun control, universal healthcare, and safety measures in the control of COVID-19. During the height of the pandemic, she objected to facemasks and vaccines, and was fined for violating Congress's mask mandate.

Among her other positions, she supported the insurrectionists who stormed the US Capitol on January 6, 2021, and subsequently voted to overturn the results of the 2020 presidential election. Boebert has advocated for the abolishment of the US Department of Education. She has made racist remarks about other US representatives, including Ilhan Omar.

In 2012, Lauren's husband Jayson launched Boebert Consulting, which works with the Colorado natural gas company Terra Energy. Financial disclosures in the lead-up to the 2022 election showed that Jayson earned $478,386 in 2020 and $460,601 in 2021 from the consulting company.

In 2007, Boebert married her husband Jayson. Together, they have four sons. Boebert became a born-again Christian in 2009.

A few years before Boebert married him, Jayson allegedly exposed his penis to two women at a bowling alley in Colorado, and was sentenced to four days in jail and two years of probation. Boebert got into legal trouble herself in 2016 when she was cited for careless driving and operating an unsafe vehicle. In early 2017, she was arrested and booked for failure to appear in court.

Lauren and Jayson live on a 5-acre property in Rifle, Colorado that features a 4-bedroom, 2,700 square-foot home that dates back to the early 1900s. It's unclear when they purchased the property or for how much, but according to House financial disclosures, they carry a mortgage with Pennymac bank that is estimated in the "$250,000 – 500,000" range.