He was born Andrew Lamar Alexander, Jr. on July 3, 1940, in Maryville, Tennessee. He was first elected as a United States senator from Tennessee in 2003, Alexander previously served as the conference chair of the Republican Party in the US Senate in the period from 2007 to 2012. This high-profile member of the Republican Party, accumulated his knowledge at prestigious educational institutions like Vanderbilt University and New York University School of Law. After graduating from law school, Lamar Alexander started to work as a legislative assistant to Senator Howard Baker, and then as an assistant in the Nixon Administration in the late 1960s. A notable moment on his way up is his win of the 1974 Tennessee gubernatorial election, even though he was defeated by Congressman Ray Blanton in the general election. However, Alexander turned out a winner in the race for governorship against Knoxville Democrat Jake Butcher, serving as the 45th Governor of Tennessee from 1979 to 1987. Four years later, he was nominated by President George H. W. Bush to serve as Secretary of Education, a post that he held from 1991 to 1993. Furthermore, he made an unsuccessful attempt to run for the Republican presidential nomination in 1996 and 2000. It was in 2002 that he defeated Democratic Congressman Bob Clement to replace outgoing Senator Fred Thompson in 2002 and got reelected in 2008. In 2014 he was reelected again when he defeated Joe Carr. The same year Alexander became Chairman of the Senate Health, Education, Labor and Pensions Committee. 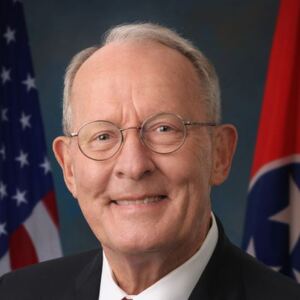