Kevin Brady net worth: Kevin Brady is an American politician who has a net worth of $1 million. Kevin Brady was born in Vermillion, South Dakota in April 1955. He is a Republican who graduated from the University of South Dakota. Brady served as a member of the Texas House of Representatives from the 15th district from 1991 to 1997.

In 1997 he became a member of the U.S. House of Representatives from Texas's 8th district. Brady became the Chair of the House Ways and Means Committee in 2015. He has also served as a chair on the Joint Economic Committee and the Joint Committee on taxation and has been a member of the Army Caucus, the United States Congressional International Conservation Caucus, the Congressional Constitution Caucus, the Congressional Western Caucus, and more. He spent more than $1.5 million of raised money on his campaign in 2015. He opponent Steve Toth criticized him for compromising too often with President Barack Obama. 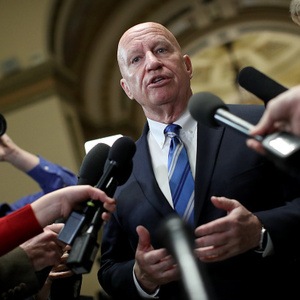