Karl Rove net worth and salary: Karl Rove is an American political advisor and and consultant who has a net worth of $8 million. Karl Rove is one of the most feared political operatives in modern history. He is famous for using his often ruthless but inarguably effective talents to, most notably, get George W. Bush elected to the White House. Rove first got involved in politics in 1968, when he served as the "Olympus High chairman for Wallace F. Bennett's re-election campaign." From there, Rove quickly became familiar with the kinds of controversy that follow him even into the present day. As a 19 year old political operative, Rove stole a thousand sheets of campaign letterhead from the offices of Alan Dixon, who was running for Treasurer of Illinois. He then printed "free beer, free food, girls and a good time for nothing" on the letterhead and distributed the fake campaign fliers to homeless shelters and rock concerts.

Described much later by Rove himself as a "youthful prank," the tactic failed to lose Dixon the election, but is certainly reminiscent of "dirty tricks" Rove has been accused of more recently. One of the most infamous of these dirty tricks was spreading the rumor among rural sections of the electorate that presidential candidate John McCain fathered an illegitimate black child. 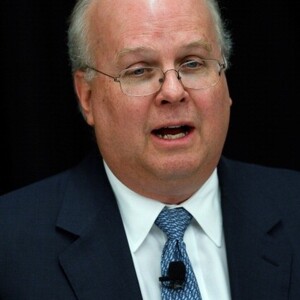