What is John Bolton's Net Worth and Salary?

John Bolton is an American attorney, political commentator, government official, and former diplomat who has a net worth of $6 million. John Bolton served as the US National Security Advisor in the Trump administration from 2018 to 2019. Before this, he was a US Assistant Attorney General under Reagan; Assistant Secretary of State for International Organization Affairs under Bush Sr.; and Under Secretary of State for Arms Control and International Security Affairs under George W. Bush. Known as a hawk, Bolton is notorious for his advocacy of military intervention in countries around the world.

According to a disclosure from a 2019 lawsuit, John Bolton earned $569,423 from Fox News before joining the Trump administration. That made him one of the highest-paid contributors to Fox News. Average contributors (non full-time staff/personalities) earn around $141,000 per year, so Bolton's pay is on the very high end of the spectrum. The next highest-paid contributor, Heather Nauert, earned $485,000.

John Bolton was born on November 20, 1948 in Baltimore, Maryland to fireman Edward and housewife Virginia. As a youth, he went to the McDonogh School in Owings Mills, from which he graduated in 1966. Bolton went on to attend Yale University, obtaining his BA in 1970. He then enrolled at Yale Law School, from which he earned his JD in 1974.

While in college, Bolton was a supporter of the Vietnam War. However, he skirted combat via a student deferment; following this, he enlisted in the Maryland Air National Guard. After serving four years in the National Guard, Bolton served in the US Army Reserve for two years.

Following his graduation from law school in 1974, Bolton became an associate at Covington & Burling's Washington, DC office. He worked at the firm through 1981, and then returned in 1983 before leaving again in 1985. Later, from 1993 to 1999, Bolton was a partner of the firm Lerner, Reed, Bolton & McManus. Among his other legal appointments, he served as a counsel in Kirkland & Ellis' Washington office from 2008 to 2018.

Bolton began his political career with governmental roles under Reagan and George H.W. Bush. He served within the Justice Department, State Department, and the US Agency for International Development. Among his positions were Assistant Attorney General for the Office of Legislative Affairs; Assistant Attorney General for the Civil Division; and Assistant Secretary for International Organization Affairs.

Under Secretary of State

In 2001, Bolton became the Under Secretary of State for Arms Control and International Security. He went on to play a critical role in spreading George W. Bush's pro-war propaganda, reinforcing the false threat of weapons of mass destruction in Iraq while labeling Syria, Libya, and Cuba as terrorist states. 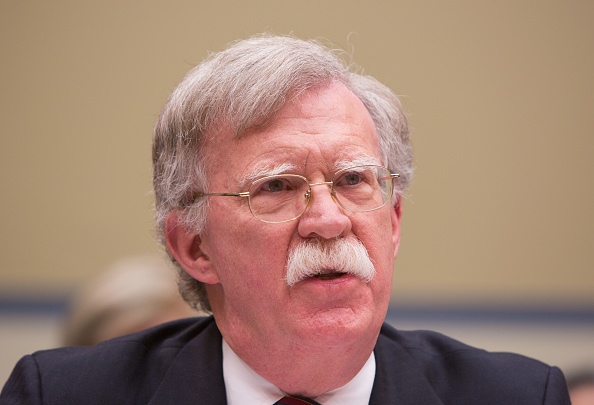 Ambassador to the United Nations

Bolton was nominated by Bush for the position of US Ambassador to the United Nations in 2005. The nomination was followed by heated Senate confirmation hearings that saw both Democrats and Republicans criticizing Bolton for his hawkishness and poor foreign policy record. Ultimately, Bush made a recess appointment of Bolton, making him the US Representative to the UN. In this role, Bolton was highly controversial for his abrasive manner. Later, in early 2006, Bush announced that he would re-nominate Bolton for US Ambassador. However, after the nomination was submitted later in the year, Bolton decided to terminate his role as US Representative to the UN at the conclusion of his recess appointment and not seek confirmation as US Ambassador.

In the spring of 2018, Bolton replaced H. R. McMaster as the National Security Adviser to Donald Trump. He went on to successfully push for the United States' withdrawal from the Iran Nuclear Deal, and to dissolve the Global Health Security team in charge of responding to infectious disease outbreaks. Among his other actions, Bolton pushed policies that aggressively targeted international organizations. Ultimately, Bolton's tenure as National Security Adviser came to an end in September of 2019, when he claimed that he had resigned.

Outside of the White House, Bolton has held a number of political, business, and media positions. From 1983 to 1984, he served as executive director of the Republican National Committee's Committee on Resolutions. In the late 90s, he served as an assistant to UN Secretary-General envoy James Baker. Bolton has also been a paid contributor to Fox News since 2006, as well as an off-and-on contributor to the conservative magazine the Weekly Standard.

From 1997 to 2001, Bolton served as senior vice president of the conservative think tank the American Enterprise Institute; from 2010 until 2018, he served as its director of foreign and defense policy studies. During this time, from 2013 to 2018, Bolton also served as chairman of the far-right think tank Gatestone Institute, which propagates anti-Muslim hate speech. Among his other activities, Bolton set up his own Super PAC in 2013.

In 2020, Bolton released his memoir "The Room Where it Happened: A White House Memoir," about his tenure as National Security Advisor. Because of the book's incriminating nature, the Trump Justice Department tried to block its publication. The attempt was ultimately unsuccessful, and the book became a bestseller.

Bolton wed his first wife, Christina, in 1972. The pair later divorced in 1983. Three years later, Bolton married financial planner Gretchen Smith, with whom he has a daughter named Jennifer. The couple lives in Bethesda, Maryland. 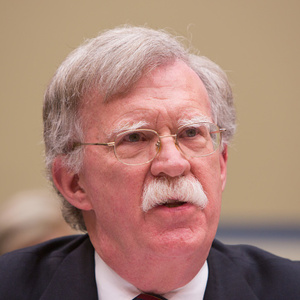