F. James Sesenbrenner Jr. Net Worth: F. James Sesenbrenner Jr. is an American politician who has a net worth of $14 million. Born Frank James Sensenbrenner, Jr. on June 14, 1943, in Chicago, Illinois, he is a member of the Republican Party who has represented Wisconsin's 5th congressional district in the United States House of Representatives since 1979. The district is said to be the state's richest, since it includes most of Milwaukee's northern and western suburbs extending into rural Jefferson County. Furthermore, he is the former Chairman of the House Science Committee, as well as the former Chairman of the House Judiciary Committee. At a time when Republicans lost control of the House, he ended his six-year term as Chairman, and lost his eligibility to be chosen as the Judiciary Committee's ranking minority member. In the period from 2007 to 2011, Sesenbrenner Jr. served as the Ranking Republican on the House Select Committee for Energy Independence and Global Warming, after which the Republicans abolished the committee as they regained control of the House.

Wealth: James' great-great grandfather invented the Kotex sanitary napkin and went on to serve as the President of multi-national personal care product conglomerate, Kimberly-Clark. According to James' 2006 financial disclosure, his personal net worth was estimated at $26 million. The disclosure revealed he had $5 million invested in pharmaceutical companies, $3 million in manufacturing and that he held $3 million worth of stock in Merck & Co and $1.7 million in Kimberly-Clark. According to his most recent financial disclosure, given in 2015, his net worth today stands at around $14 million. 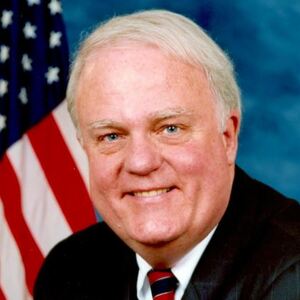