Jason Chaffetz net worth: Jason Chaffetz is an American politician who has a net worth of $600 thousand. Jason Chaffetz was born in Los Gatos, California in March 1967. He was a Democrat before 1990 and became a Republican in 1990. Chaffetz graduated from Brigham Young University. He served as a member of the U.S. House of Representatives from Utah's 3rd district from January 2009 to June 2017.

Jason Chaffetz served as the Chair of the House Oversight Committee from January 2015 to June 2017. He opposed the Affordable Care Act as well as same-sex marriage and the scientific consensus on climate change. Chaffetz also expressed skepticism regarding mandatory vaccines and was a vocal critic of the 2012 Benghazi attack. He was critical of Planned Parenthood and opposes net neutrality. He performed extensive investigations into Hillary Clinton in 2015. Since leaving politics he has become a contributor for the Fox News network. 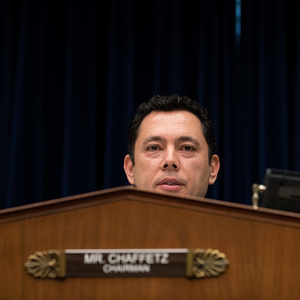