What was Ross Perot's Net Worth?

Ross Perot was an American businessman who had a net worth of $4 billion at the time of his death in 2019. Famous for his involvement in politics and his shrewd instinct for business, Perot was one of the richest people in the world for decades. He initially worked as a salesman for IBM before founding Electronic Data Systems in the early 1960s. After selling this company in the 1980s, Perot became a billionaire.

In terms of his political activities, Ross considered himself either an independent or a Republican, depending on the period of his life. He was passionate about the issues surrounding the Vietnam War, particularly the prospect of hundreds of American soldiers being left behind as prisoners of war. He then strongly opposed the Gulf War during George H. W. Bush's reign.

By 1992, he had decided to run as an independent candidate for the President of the United States. He performed surprisingly well on a platform that opposed outsourcing jobs and stressed the importance of a balanced budget. He was even leading in the polls at one point, and he received 18.9% of the popular vote in 1992. After a less successful bid for the officer of president in 1996, Ross neglected to run again and generally endorsed Republican candidates.

Henry Ray Perot was born on June 27th of 1930 in Texarkana, Texas. After graduating from high school in 1947, he entered the United States Naval Academy in 1949. Ray changed his name to "Ross" at the age of 25 in honor of his late father. From 1953 to 1957, he served as a junior officer in the navy on destroyers and aircraft carriers.

Perot become one of the highest-performing salesmen for IBM after leaving the Navy, and he soon left in order to found Electronic Data Systems in 1962. During this period, EDS received lucrative contracts from the government and its shares skyrocketed when it went public in 1968. During his time as the leader of EDS, two of its employees were imprisoned in Iran. Ross personally organized their rescue in a risky mission led by a former Special Forces colonel. 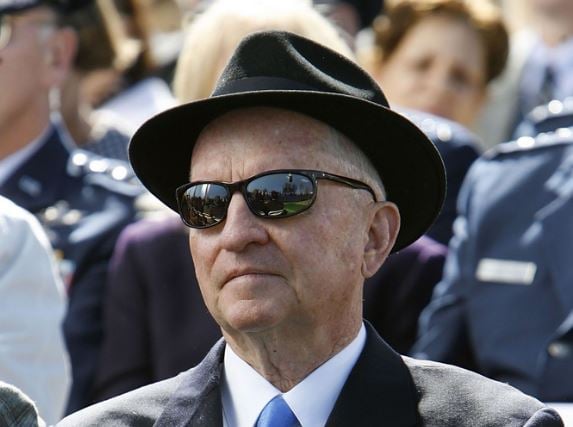 Ross Perot became popular among populists during the 1992 presidential elections because of growing resentment towards the Republicans. Although he led the polls with a projected 39% of the vote at one point, his campaign nosedived after widespread criticism from the media and a conspiracy theory that suggested he was a member of the CIA. He then failed to win the election, although he did receive a surprising amount of the popular vote.

During this time he was famously portrayed by Dana Carvey in a number of classic Saturday Night Live sketches.

Towards the end of his political career, Perot became more involved with the Republican party. Ross was something of a political anomaly. Although he was decidedly conservative, he also believed in gay rights and an assault rifle ban.

In 1984, Perot sold EDS to General Motors for $2.5 billion. Four years later, he founded a new business enterprise called Perot Systems, and in 2009, he sold that company to Dell for $3.9 billion. Ross personally walked away with about $800 million as a result of the deal. At one point, he had the opportunity to make an early investment in Microsoft, but he ended up passing. This investment could have made Perot one of the 10 richest people in the world.

In 1988, feeling partially regretful for not investing with Bill Gates, Ross offered Steve Jobs a $20-million financial lifeline that enabled the computer company NeXT to stay afloat during a particularly dire period. A decade later, Apple bought NeXT for around $500 million. This transaction is what brought Jobs back to Apple, and it launched an extremely positive comeback for the company.

On July 9th of 2019, Ross Perot passed away from leukemia. He was just shy of his 87th birthday.

As you might expect from someone with such a high net worth, Perot had an extremely extensive real estate portfolio. For many years, Perot lived with his wife Margot in a 8,200-square-foot property in Dallas. The residence was reportedly worth $21 million, and it sat on a plot of land that spanned 16 acres.

In addition, the Perot family had reportedly invested an additional sum of $59 million into various properties throughout Dallas. Many of Ross' family members currently live in Dallas homes that worth anywhere between $9 million and $17 million. These homes are among the most expensive in the entire Dallas area. Ross is survived by his five children and 19 grandchildren.

After selling EDS in 1984, Ross splurged on two vacation homes in Bermuda. One of these homes was a gift to his son. These homes are situated in an area of Bermuda that is famous for housing various billionaires, such as Michael Bloomberg. He then blew up parts of a coral reef in order to build a new dock for his 68-foot yacht, which caused controversy and protest from local authorities. When Perot threatened to sell his home and leave, the Bermudian authorities caved and offered him a retroactive permit for destroying their coral reefs.

In 2017, filmmaker George Lucas purchased a home in Bel-Air from Ross Perot. The "Star Wars" mastermind paid a sum of $33.9 million for the home, which spans over 10,000 square feet. Built in 1929, the residence has multiple gated entries and is surrounded by palm trees and meticulous landscaping. According to public records, the home was purchased by Ross' company in 2013 for $18 million. It seems likely that Perot oversaw extensive renovations in order to flip the home for such a high profit margin only four years later. 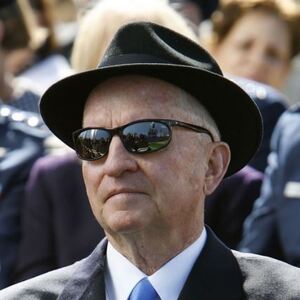