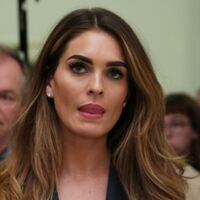 Hope Hicks net worth and salary: Hope Hicks is an American public relations executive and political advisor who has a net worth of $1 million. She is best known for serving in various rules under President Donald Trump.

Early Life: Hope Hicks was born in Greenwich, Connecticut on October 21, 1988. Her father, Paul Burton Hicks III, was a successful business executive who served notably as the Regional CEO, Americas for Ogilvy Public Relations Worldwide, as an executive vice president of communications for the National Football League and then as managing director of the consulting firm Glover Park Group.

As a teenager, Hope modeled for several magazines and brands including a campaign for Ralph Lauren. She attended Greenwich High School where she was the co-captain of the lacrosse team. After high school she attended Southern Methodist University,where she graduated in 2010.

Trump Organization: While working for the public relations firm Hitzik Strategies, Hope did some PR work for Ivanka Trump's clothing line. In 2014 she was hired by the Trump Organization full-time. At first she worked exclusively for Ivanka before transferring to work directly for Donald Trump.

In 2016 she became the Press Secretary for Trump for America, Inc, the presidential transition team.

Her salary while working for Donald J. Trump For President, Inc, Hope Hick's salary was bumped to $141,417. She also received $21,830 from Trump for America, Inc.

During that 2018 – 2020 period, Hicks worked as chief communications officer for Fox Corporation. During her time at Fox, Hicks received $1.9 million in compensation for less than 1.5 years worth of work. At the time she left the White House in 2018, her last financial disclosure showed that hope had just $15,000 worth of total assets.