What was Herman Cain's Net Worth?

Herman Cain was an American entrepreneur and politician who had a net worth of $7 million at the time of his death in 2020. Herman Cain is probably most famous for being a Republican Presidential candidate during the 2012 Presidential election. Herman Cain served in numerous executive positions at various corporations, including the Pillsbury Company, Burger King, and Godfather's Pizza. He also worked for the Federal Reserve Bank of Kansas City, and ran an unsuccessful campaign for United States President in 2012. Cain passed away from COVID-19 complications in 2020 after vigorously opposing and ignoring masking protocols. Herman Cain earned the majority of his fortune as the Chief Executive Officer of Godfather's Pizza.

Herman Cain was born on December 13, 1945 in Memphis, Tennessee to Lenora, a domestic worker, and Luther, who worked as a barber, janitor, and chauffeur. He grew up on the west side of Atlanta, where he went to S. H. Archer High School. In the neighborhood of the Bluff, Cain attended Rev. Cameron M. Alexander's Antioch Baptist Church North. For his higher education, he went to Morehouse College, from which he graduated with a bachelor of science degree in mathematics in 1967. Cain went on to attend Purdue University, earning his master of science degree in computer science in 1971.

While at Purdue, Cain worked full-time as a ballistics analyst for the United States Department of the Navy. After completing his degree, he went to work as a computer systems analyst for Coca-Cola in Atlanta. Next, Cain moved to Minneapolis to join the Pillsbury Company, where he served as director of business analysis in the restaurant and foods group. His biggest position yet came in the early 80s, when he began managing and analyzing 400 Burger King locations in the Philadelphia, Pennsylvania area. Due to his success in this role, Cain was appointed president and CEO of Godfather's Pizza, another subsidiary of the Pillsbury Company. Under his leadership, he closed around 200 restaurants and erased thousands of jobs, restoring Godfather's to profitability.

From New Year's Day of 1989 to New Year's Eve of 1991, Cain served as chairman of the board of the Federal Reserve Bank of Kansas City Omaha Branch. Following this, in 1992, he became a member of the board of directors of the overall Federal Reserve Bank of Kansas City. From 1992 to 1994, he was deputy chairman; he then became chairman, a position he held through 1996.

After leaving Godfather's Pizza in 1996, Cain moved to the Washington, DC area and became CEO of the National Restaurant Association. His lobbying work for the group resulted in many connections with Republican politicians and lawmakers. Under Cain's leadership, the Association lobbied against progressive, common-sense causes, such as increasing the minimum wage and imposing smoking regulations. Among his other business endeavors, Cain sat on the board of directors of such companies as Nabisco, Whirlpool, and Reader's Digest.

Cain became increasingly involved in political activity beyond his lobbying work. In 1996, he served as a senior economic adviser for Bob Dole's presidential campaign. Four years later, Cain briefly ran for the Republican presidential nomination himself. In 2004, he ran for the US Senate in Georgia, but lost in the primaries. Cain went on to become a notorious Tea Party activist, showing up at many of that extremist group's rallies in 2010. The year after that, he officially announced his candidacy for the 2012 presidential election. One of the most high-profile and infamous policies of Cain's campaign was his "9-9-9 Plan," a new tax plan that would have placed most of the country's tax burden on the working poor.

Not long after announcing his presidential run, Cain was accused of sexual harassment by two women, who cited an incident dating back to Cain's tenure as CEO of the National Restaurant Association. More women came out with allegations later on. Partially as a result of this, Cain's poll numbers dropped significantly, and in December of 2011, he officially suspended his campaign. 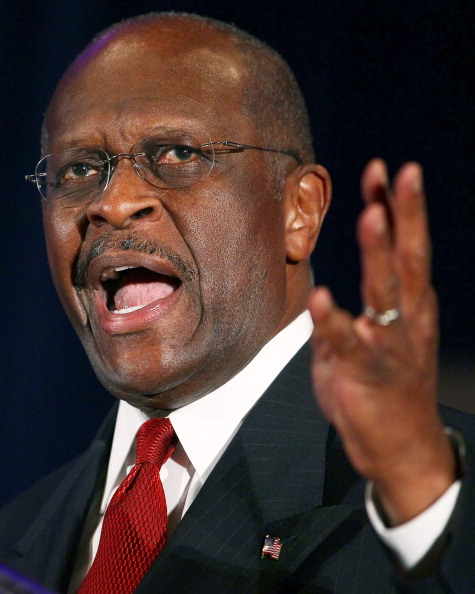 From 2008 to 2011, Cain had his own talk radio show called "The Herman Cain Show," which ran on Atlanta's WSB. After the show ended, he continued working at WSB providing daily commentaries on current events. Later, in early 2013, Cain took over Neal Boortz's radio talk show on the Westwood One Radio Network; it was eventually dropped in 2016. Also in 2013, Cain became a contributor on the Fox News Channel.

Cain was diagnosed with colon cancer and metastasis to his liver in 2006. Following surgery and chemotherapy, the cancer went into remission. Later, in 2020, Cain ran into more serious health trouble after he attended a Trump rally in Tulsa, Oklahoma during the COVID pandemic. He was seen at the event without a mask and interacting with others also not wearing masks. Shortly after this, Cain tested positive for COVID, and was admitted to a hospital in Atlanta. In July, he passed away at 74 from complications of the virus. 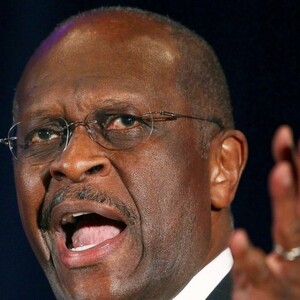