Greg Gianforte net worth: Greg Gianforte is an American businessman, engineer, author, and politician who has a net worth of $135 million. That made him one of the three richest members of Congress. Greg Gianforte was born in San Diego, California in April 1961.

He is a Republican who graduated from Stevens Institute of Technology. Gianforte became a member of the U.S. House of Representatives from Montana's at-large district in June 2017. He founded RightNow Technology with his wife and the customer relationship management software company went public in 2004. The company was acquired in 2011 by Oracle. In 2019 he became the wealthiest member of Congress when Darrell Issa left office. Greg Gianforte lost to Democratic incumbent Steve Bullock for Governor of Montana in 2016 and then defeated Democrat Rob Quist in a special election for Montana's at-large seat in 2017. He was re-elected by defeating Kathleen Williams. In 2017 Gianforte was convicted of assault in state court from attacking Ben Jacobs of The Guardian that year. 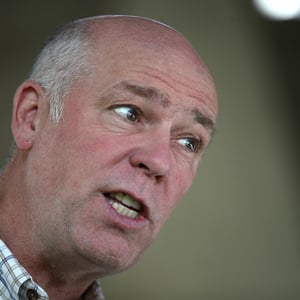