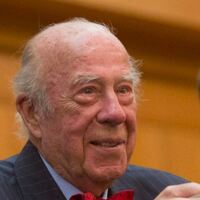 What was George Shultz's net worth?

George Shultz was an American economist, statesman and investor who had a net worth of $40 million at the time of his death. Thought it should be noted that the majority of his wealth was actually attributable to his widow, Charlotte Mailliard Shultz, a wealthy socialite whose previous husband came from a billion-dollar real estate family.

George Shultz was known earlier in life thanks to his work in the Nixon administration. Later in life he gained a level of infamy as a board member of the failed blood testing company Theranos. George died on February 7, 2021 at the age of 100. His widow Charlotte died in December of 2021.

George P. Shultz was born on December 13, 1920 in New York City. Before entering politics he attended Princeton University where he earned a degree in economics. He served in the Marines from 1942 to 1945. He then earned a Ph.D at M.I.T..

During his life he served in different positions under three American Presidents, all Republicans. Under Nixon he served as the Secretary of the Treasury, Director of the Office of Management and Budget and Secretary of Labor. He was Secretary of State during the Reagan administration.

After leaving public office in 1989, Shultz called for the legalization of recreational drugs and then became a behind-the-scenes advocate for various Republic politicians. He served on a number of corporate boards. He was a Board Member of the Bechtel Corporation, the Charles Schwab Corporation and Gilead Sciences. 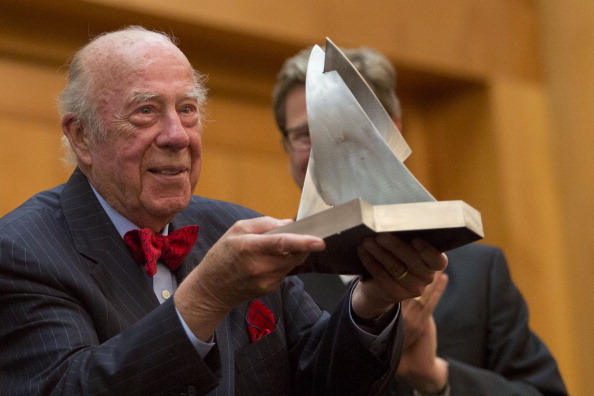 Perhaps most infamously, George Shultz was a member of the Board of disgraced blood company Theranos. He even arranged for his grandson Tyler to get a job at Theranos.

Tyler would ultimately be one of the primary whistle blowers who helped expose Theranos. George initially did not believe his grandson's claims and at one point reportedly tried to strong arm Tyler into recanting his statements because he blindly believed in Theranos founder Elizabeth Holmes. Outside of his blind belief, George also had a financial motivation for supporting Theranos. As a member of the board, Elizabeth showered George with stock options. Elizabeth granted George 2.75 million shares of Theranos. At one point those shares were worth around $47 million. George then bought another 200,000 shares with his own funds, bringing his total stake up to $50 million at the company's peak in the summer of 2015.

After Theranos collapsed in 2018, George finally acknowledged that "troubling practices" had taken place at the company. He also recognized that Tyler "felt personally threatened" by their private confrontation and "believed that I had placed allegiance to the company over allegiance to higher values and our family."

George was a subject of the 2019 HBO documentary about Theranos called "The Inventor".

George was married to a nurse named Helena Maria O'Brien from 1946 until her death in 1995. They had five children. One of their sons is the parent of Theranos whistle-blower Tyler Shultz.

In 1997 George married socialite Charlotte Mailliard Swig. Charlotte had previously been married to Melvin Swig, a member of the multi-billionaire Swig real estate family. The Swig family owns dozens of prominent buildings in New York and San Francisco. At one point the family owned the Fairmont Hotel chain. Melvin died in 1993

In 1989, while she was married to Melvin Swig, Charlotte and Mel paid $3.3 million for a penthouse apartment in San Francisco. In 1997, soon after marrying George, she and George paid $5 million for the apartment next door. They used one of the apartments as their personal residence and the other as a guest house and entertaining area. The two apartments feature a combined 10,400 square-feet of living space. Their estate sold the two apartment in July 2022 for $29 million. Here's a video tour from the listing: