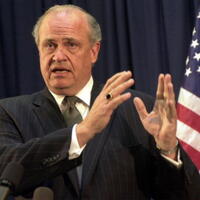 What was Fred Thompson's Net Worth?

Fred Thompson was an American politician, actor, attorney, lobbyist, columnist and radio host who had a net worth of $8 million at the time of his death. Fred Thompson as a US Senator from Tennessee from 1994 to 2003. He also chaired the US Department of State's International Security Advisory Board, and unsuccessfully ran for the Republican nomination in the 2008 presidential election. As an actor, Thompson appeared in such films as "The Hunt for Red October," "Days of Thunder," "No Way Out," "Die Hard 2," and "Cape Fear" and on television series including "Matlock" and "Law & Order." Fred Thompson died on November 1, 2015 at the age of 73 from a recurrence of lymphoma.

Fred Thompson was born on August 19, 1942 in Sheffield, Alabama to Fletcher and Ruth. He was educated at Lawrence County High School in Lawrenceburg, Tennessee, graduating in 1960. Thompson went on to become the first member of his family to go to college when he enrolled at Florence Stage College. He subsequently transferred to Memphis State University, from which he earned a double degree in political science and philosophy in 1964. Thompson then attended the Vanderbilt University Law School, obtaining his JD in 1967.

After earning his JD, Thompson was admitted to the Tennessee state bar. He went on to work as an assistant US attorney from 1969 to 1972, and then as the campaign manager for Republican Senator Howard Baker's 1972 reelection campaign. Following that, in 1973, Thompson was appointed minority counsel to the Senate Watergate Committee in its investigation of the Watergate scandal. During the televised committee hearing, he led former White House aide Alexander Butterfield to admit to knowing about listening devices installed in the Oval Office.

Thompson continued to work as an attorney in the 80s, handling personal injury claims and defending white collar criminals from his law offices in Nashville and Washington, DC. Additionally, he served as a special counsel to the Senate Foreign Relations Committee and the Senate Intelligence Committee, and was a member of the Appellate Court Nominating Commission for the State of Tennessee.

In 1994, Thompson was elected as a US Senator to finish the remaining two years of Al Gore's term. He was reelected in 1996. That year, he became a member of the Committee on Governmental Affairs, which he subsequently became the chairman of in 1997. Thompson also served on the Finance Committee, Intelligence Committee, and National Security Working Group during his senatorial tenure. He advocated for campaign finance reform and government accountability, and voted in favor of convicting Bill Clinton of obstruction of justice during the president's impeachment trial.

Among his other political activities, Thompson did extensive lobbying throughout his career, earning around $1 million from his efforts. From 2002 to 2005, he headed the nonprofit Federal City Council, and until 2007 was the chair of the US Department of State's International Security Advisory Board. In 2008, Thompson unsuccessfully ran for the Republican presidential nomination. 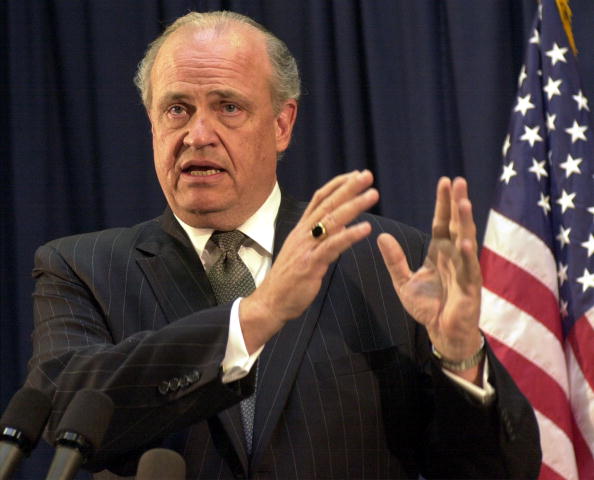 Thompson began his acting career in 1985 with a role as himself in the biographical film "Marie." The film stars Sissy Spacek as former head of the Tennessee Board of Pardons and Paroles Marie Ragghianti, whom Thompson represented in 1977 in her wrongful termination suit. Thompson's next role was as fictional CIA Director Marshall in the 1987 political thriller "No Way Out." He went on to play other authority figures in numerous films after that, including an FBI agent in "Feds"; a major general in "Fat Man and Little Boy"; a rear admiral in "The Hunt for Red October"; the president of NASCAR in "Days of Thunder"; and an air traffic flight director in "Die Hard 2." Thompson's other notable film credits include Michael Apted's legal drama "Class Action"; Martin Scorsese's remake of the psychological thriller "Cape Fear"; Wolfgang Petersen's political thriller "In the Line of Fire"; the biographical horse racing drama "Secretariat"; the football drama "23 Blast"; and the Christian drama sequel "God's Not Dead 2."

Thompson also appeared on many television series. He had guest roles in episodes of "Wiseguy," "Roseanne," "Matlock," and "Sex and the City," among other shows. Thompson's biggest and best-known television role was as D.A. Arthur Branch on "Law & Order," a role he reprised in the series' various spinoffs. His other notable credits included recurring roles on "The Good Wife" and "Allegiance." Thompson also acted in a number of television films, such as "Day-O," "Barbarians at the Gate," "Evel Knievel," and "Bury My Heart at Wounded Knee."

From 2006 to 2007, Thompson began serving as a senior analyst on ABC News Radio. He later started hosting his own talk radio program, "The Fred Thompson Show," on Westwood One. The show ended in early 2011.

At the age of 17 in 1959, Thompson wed his first wife, Sarah Lindsey. They had two sons named Tony and Daniel and a daughter named Elizabeth. The couple eventually divorced in 1985. A little over a decade after that, Thompson began a relationship with political commentator and consultant Jeri Kehn, whom he later married in 2002. Together, they had a daughter named Hayden and a son named Samuel.

In 2004, Thompson was diagnosed with non-Hodgkin's lymphoma, for which he was successfully treated. Later, in November of 2015, he passed away from a recurrence of the disease.