Fred Grandy Net Worth: Fred Grandy is an American politician and former actor who has a net worth of $2 million. Fred Grandy was born in Sioux City, Iowa in June 1948. Fred graduated from Harvard University in 1970. His first acting roles came in 1973 in the TV series Love, American Style and the TV movie The Girl Most Likely To… From 1973 to 1974 he starred as Chris on the television series Maude.

Grandy starred as Walter in the TV series Monster Squad in 1976. He appeared on the TV series Fantasy Island from 1978 to 1979. His best known for came starring as "Gopher" Smith on the series The Love Boat from 1977 to 1986. Before attending college Grandy as the roommate of David Eisenhower. Grandy became a member of the U.S. House of Representatives from Iowa's 6th district in 1987 and served until 1993. He then served as a member of the U.S. House of Representatives from Iowa's 5th district from 1993 to 1995. In 1994 Grandy lost the election for Governor of Iowa by 4 percentage points to incumbent Terry Branstad. From 1995 to 2000 Grandy served as President and CEO of Goodwill Industries International. He hosted The Grandy & Andy Morning Show from 2003 to 2010 with Andy Parks in Washington D.C. He has been a Senior Fellow for National Security Affairs and returned to the stage in a production of Sleuth in New Jersey in 2013. He has also hosted the morning drive time radio show The Grandy Group in Washington, D.C. 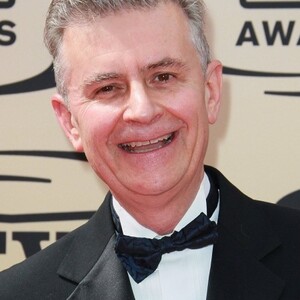