Eric Cantor Net Worth: Eric Cantor is an American politician who has a net worth of $4.5 million. Born Eric Ivan Cantor on June 6, 1963, in Richmond, Virginia, he currently represents Virginia, the 7th congressional district, in the U.S. House of Representatives. Cantor first started to dabble in politics while he was studying at George Washington University, working as an intern for House Republican Tom Bliley of Virginia and being Bliley's driver in the 1982 campaign.

Upon his obtaining B.A. in 1985, Cantor went on to earn a J.D. from William & Mary Law School in 1988, and an M.S. in Real Estate Development from Columbia University in 1989. Before fully diving into politics, he had spent a decade working in his father's business, mostly doing legal work and real estate development. Cantor initially set foot in statecraft in 1992 when he started to serve in the Virginia House of Delegates. The post he held until 2001, after which he entered the House and took over the Party's leadership. The latter took place in 2002, when Roy Blunt assigned Cantor as Chief Deputy Republican Whip, which is the highest position in the Republican caucus. Then he served as House Minority Whip from 2009 to 2011, before becoming House Majority Leader as the 112th Congress summoned on January 3, 2011. Furthermore, he is the highest-ranking Jewish member of Congress in history, as well as currently Congress's only Jewish Republican. 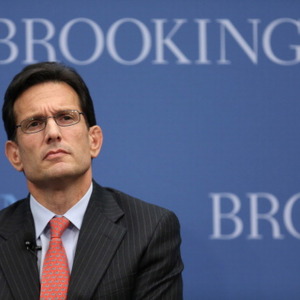