What is Elizabeth Dole's Net Worth?

Elizabeth Dole is an American politician who has a net worth of $40 million. Elizabeth was married to the former Senator Bob Dole from 1975 until his death in December 2021. Elizabeth is a longstanding member of the Republican Party. She served in both the Ronald Reagan and George H. W. Bush presidential administrations. She served as a Senator from 2003 to 2009, director of the FTC from 1973 to 1979, Secretary of Transportation from 1983 to 1987 and Secretary of Labor from 1989 to 1990.

She was born Mary Elizabeth Alexander Hanford Dole on July 29, 1936, in Salisbury, North Carolina. A graduate of Duke University and Harvard Law School, Dole campaigned for the Kennedy-Johnson presidential ticket in 1960, after which she continued to work in the White House in the later years of the administration of Lyndon B. Johnson.

Subsequently, she became a Secretary of Transportation under Ronald Reagan and Secretary of Labor under George H.W. Bush before turning into the head of the American Red Cross.

In a six-year period from 2003 to 2009 she went on to join the U.S. Senate becoming the first female Senator to represent North Carolina. An avid Republican Party member, she is also the former chair of the National Republican Senatorial Committee.

In her 2007 Senate financial disclosure, Elizabeth estimated that she and Bob were worth a minimum of $14 million and a maximum of $49 million. 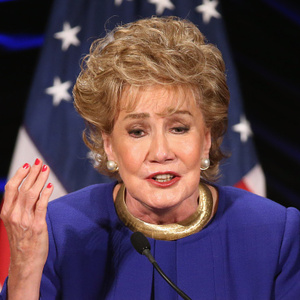