Elaine Chao was born in Taipei, Taiwan in March 1953. Elaine Chao is the daughter of James S.C. Chao and Ruth Mulan Chu Chao. She graduated from Mount Holyoke College then earned an MBA from Harvard University.

Family Wealth: Elaine's father James S. C. Chao is an extremely successful Chinese-American shipping magnate. James founded the Foremost Group, a New York-based shipping company which operates a fleet of 33 ships. Foremost is worth an estimated $1.2 billion before debt. After debt and an investments from China's Export-Import Bank and Taiwan's First Commercial Bank, the Chao family's stake in Foremost is worth an estimated $600 million. Elaine has one younger sibling, a sister named Angela, who serves as CEO. 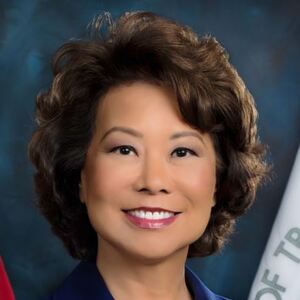