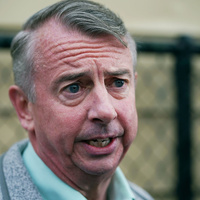 Edward W. Gillespie Net Worth: Edward W. Gillespie is an American political strategist who has a net worth of $8 million. Born on August 1, 1961, in Mount Holly Township, New Jersey, Gillespie was a senior advisor to Mitt Romney 2012, as well as former Counselor to the President in the George W. Bush White House. A graduate of The Catholic University of America in Washington, D.C., Gillespie started his career while at CUA serving as a Senate parking lot attendant on Capitol Hill. Later on, he founded a bipartisan lobbying firm called Quinn Gillespie & Associates, along with Jack Quinn, former Chief of Staff to Vice President Al Gore. He is also the founder of Ed Gillespie Strategies, a strategic consulting firm that provides high-level advice to such establishments as companies, coalitions and trade associations as well as CEOs. Furthermore, he founded Crossroads GPS, together with Karl Rove.