Wealth Disclosures: When not in the public sector, Donald Rumsfeld earned a fortune in the private sector. He served as the CEO and Chairman of a company called G. D. Searle & Company, championing its turnaround before being sold to Monsanto. He served as Chairman and CEO of General Instrument Corporation from 1990 to 1993. From 1997 until being sworn in as Secretary of Defense in 2001, he served as the Chairman of Gilead Sciences, Inc, which developed a treatment for bird flu. He was paid millions to be an advisor to Nvidia Corp and owned between $7 and $23 million worth of real estate.

Before being named Secretary of Defense in 2001, Donald estimated his net worth to be in the $50 to $210 million range. When he initially took office in January 2001 he was given four months to divest his stock portfolio to relieve potential conflicts of interest. Rumsfeld missed that deadline because roughly $100 million of his fortune was in the form of "complext private investment partnerships that could not be easily liquidated," for example venture capital investments in non-public biotech, internet and energy companies.

When responding to the Office of Government Ethics about his delay, Rumsfeld complained that he had been forced to spend $60,000 on accountants' fees to fill out the "excessively complex and confusing forms" because he "did not have the time to fill them out personally." He further complained that the forms were "so complex that no human being, college educated or not, can understand them. With a prayer and a hope they are accurate because I didn't read ever entry."

By June of 2021 he had sold between $20 and $90 million worth of assets to remove conflicts. In the end he sold all individual stock holdings and limited partnership shares, placing $50 million in a blind trust and $55 million in tax free municipal bonds.

Donald Rumsfeld's 2004 wealth disclosure listed his personal net worth at $137 million. In 2005 the number dipped to $115 million. According to his final disclosure in 2006, he left the White House with a net worth of $127 million. Among his biggest assets were a retirement account that held between $25 and $50 million, a money market savings account holding between $7 and $35 million and a number of large equity investments.

Biography: Donald Rumsfeld was born in Evanston, Illinois on July 9, 1932. He attended Princeton University, graduating in 1954 with a degree in political science. He then served in the Navy for three years. After leaving the Navy successfully ran for Congress to represent Illinois' 13th district. He was 30 years old when elected and went on to serve three terms from 1962 to 1969.

In 1969 he joined the Nixon White House as the Director of the Office of Economic Opportunity and Counselor to the President. From 1973 to 1974 he was the United States Permanent Representative to NATO. He then served as White House Chief of Staff from 1974 to 1975. 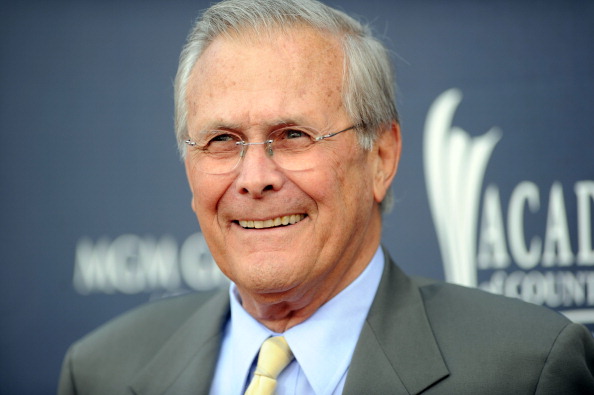 His 2001 to 2006 stint as Secretary of Defense, is considered one of the most pivotal in recent history. Rumsfeld was one of the key people in planning the United States' response to the September 11, 2001 attacks, which included two wars, one in Afghanistan and one in Iraq.

Rumsfeld was one of the more outspoken members of the Bush administration that championed the theory that Iraq was stockpiling "weapons of mass destruction." No WMDs were ever found and it would later be generally accepted that the administration's facts were extremely light or perhaps based on lies.

Even though he was adored by media for his outspokenness as the wars lingered Rumsfeld gave in his resignation in late 2006. Soon after, he published his autobiography titled "Known and Unknown: A Memoir." 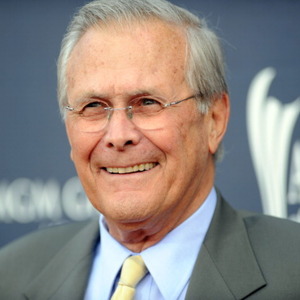