What is Don Gaetz's net worth and Salary?

Don Gaetz is an American politician who has a net worth of $30 million. He is a former member of the Florida State Senate but is probably best-known or being the father of politician Matt Gaetz.

Don Gaetz was born in Rugby, North Dakota on January 22, 1948. His father Jerry Gaetz was a one-time mayor of Rugby and a state legislator. In 1964 Jerry was a candidate for Lieutenant Governor of North Dakota. Tragically, Jerry died of a heart attack while appearing at the 1964 Republican National Convention. Don, who was 16 years old at the time, saw his father die live while watching the event on television.

Don Gaetz graduated from Concordia College and earned his M.P.A. from Troy State University. In 1978, at the age of 30, he moved to Jacksonville, Florida where he took a job as a hospital administrator. While serving in this role, he successfully lobbied the state legislator to create hospice care programs for the dying. More specifically, he helped make Florida the first state in the US to have licensure law, which required those practicing in the hospice care space to have a license.

In 1982, Gaetz was a primary figure in passing the Federal Hospice Care Reimbursement Act. This act made hospice care a benefit covered by Medicare. One year later, Don and group of partners converted what had been a non-profit hospice organization called VITAS into a for-profit health care company called Hospice Incorporated. They eventually changed the  company name to VITAS Healthcare.

Today, VITAS is the largest end-of-life healthcare provider in the US, operating in roughly 50 hospitals in 14 states plus the District of Columbia. Vitas employs roughly 12,000 healthcare professionals – doctors, nurses, social workers and home health aides – and serves around 20,000 patients each day nationwide.

In 2004, VITAS was acquired by Roto Rooter's parent company Chemed for $400 million. Today Chemed is a publicly-traded company with a $7.5 billion market cap and $2 billion in annual revenue. It's two primary divisions are Roto Rooter and VITAS Healthcare.

According to financial disclosures made while he was a state Senator, the sale to Roto Rooter left Don Gaetz with a net worth of $25 million.

Don and his wife Victoria  Quertermous, also known as Vicky Gaetz, have two children, including politician Matt Gaetz. Vicky worked as a pharmacist for more than two decades.

Don and Victoria famously own and reside in the home that was used in "The Truman Show" – the marital home of Jim Carrey, as Truman Burbank, and Laura Linney, as Meryl Burbank. Don and Vicky bought the Santa Rosa Beach, Florida home in 1991. In the movie the home's address number was 36, which Don and Vicky kept fixed above the front door and keep a sign outside the gate that says "The Truman House". 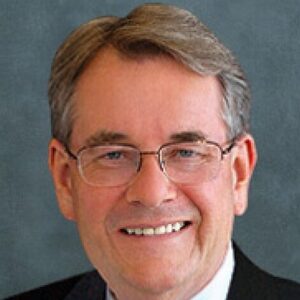