Dick Durbin net worth: Dick Durbin is an American politician who has a net worth of $3 million. Dick Durbin was born in East St. Louis, Illinois in November 1944. He is a Democrat who graduated from Georgetown University with his BS and JD. Durbin served as a member of the U.S House of Representatives from Illinois's 20th district from 1983 to 1997.

From 2007 to 2015 he was the Senate Majority Whip and he became a United States Senator from Illinois in 1997. Durbin became Senate Minority Whip in 2015. He has served as the Assistant Democratic Leader since 2005. He worked in the state legal counsel. He has been involved in attempts to remove PAC radio advertisements and served on several committees within the Committee on Appropriations and the Committee on the Judiciary as well as the Committee on Rules and Administration. Dick Durbin is married and has three children. 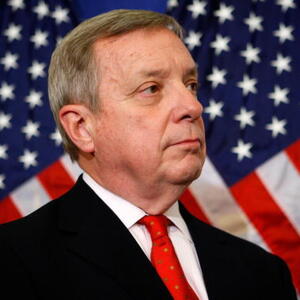