Dennis A. Ross Net Worth

in Richest Politicians › Republicans
Dennis A. Ross Net Worth:
$8 Million

Dennis A. Ross Net Worth: Dennis A. Ross is an American politician, attorney and businessman who has a net worth of $8 million. As a politician, he is best known for being a Floridian member of the United States House of Representatives representing the Florida's congressional district that was numbered 12th during his first two years in Congress and it has been the 15th district since 2013.

Prior to entering politics, he has served as an attorney and started his own company. Born Dennis Alan Ross on October 18, 1959 in Lakeland, Florida, he took a BS in Organizational Management from Auburn University before graduating from Samford University's Cumberland School of Law in 1987. Next, he worked for several companies in the newly developed micro-computer industry. For a short period of time, he also served as an Associate with the law firm of Holland & Knight, as well as he was in-house counsel to Walt Disney World. Following his stint at Disney, Dennis set up his own law firm representing Business and Industry in Workers Compensation matters for more than twenty years. It was in 1982 that he first dived into politics and by 2011 he became a member of the House. 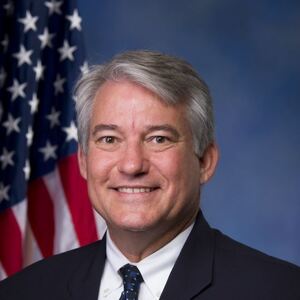