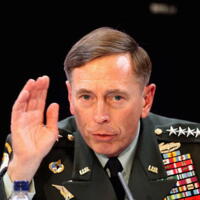 David Petraeus net worth: David Petraeus is a retired military officer and public official who has a net worth of $2 million. David Petraeus served as the Director of the CIA from September 6, 2011 until his resignation on November 9, 2012. He was born on November 7, 1952 in Cornwall on Hudson, New York. He attended the US Military Academy at West Point and graduated in the top 5% of his class. He was remembered as always "going for it" in sports, academics, leadership and his social life. After graduating from West Point in 1974, he was commissioned as an infantry officer and went on to finish Ranger School. He served 37 years in the United States Army and prior to becoming the Director of the CIA, Petraeus was a highly decorated four-star general. Two months after graduation from West Point, Petraeus married Hollister "Holly" Knowlton, the daughter of the West Point Superintendent while Petraeus was in school. Holly, who is multi-lingual, was a National Merit Scholar in high school, and graduated summa cum laude from Dickinson College. They have a daughter and son, Anne and Stephen. His last assignments in the Army were as commander of the International Security Assistance Force (ISAF) and as a Commander in the US Forces Afghanistan (USFOR-A) from July 4, 2010 to July 18, 2011. His other four-star assignments include serving as the 10th Commander with the US Central Command, and as a Commanding General in the Multi-National Force – Iraq. During his time in Iraq, Petraeus oversaw all coalition forces. In 2011, Petraeus was unanimously confirmed by the US Senate as the next Director of the CIA and retired from the US Army in August of 2011. Just one year later in 2012, General Petraeus resigned from his position as Director of he CIA citing his extramarital affair that was reportedly discovered in the course of an FBI investigation. According to Petraeus' associate Steven A. Boylan, Petraeus began an affair with Paula Broadwell, principal author of his biography, All In: The Education of General David Petraeus, in late 2011 when he was no longer an active duty military officer. Petraeus reportedly ended the affair in the summer of 2012, around the time that he learned that Broadwell had been sending harassing emails to a longstanding family friend of the Petraeuses, Jill Kelley. Apparently, Broadwell became anxious that Petraeus' eye was wandering to the Tampa socialite so she sent a series of anonymous, threatening emails to express her concern. In the aftermath of the scandal, Petraeus has found a home in academia and has taken up teaching positions at USC, The City University of New York, and Harvard's Kennedy School of Government. He's also keeping busy with various professional advisory roles, including a position as chairman of the investment firm KKR's Global Institute.