What is Darrell Issa's Net Worth?

Darrell Issa is an American businessman and politician who has a net worth of $460 million dollars. When he was in office, Darrell Issa has been the richest member of Congress. He earned his fortune as the founder and former CEO of a company called Directed Electronics INC. which at one point controlled 60% of the American car alarm market. He then invested wisely in real estate in the San Diego area.

Darrell Issa serves as the US representative for California's 50th congressional district. Before this, he represented districts in the San Diego area, and chaired the House Oversight and Government Reform Committee.

Before becoming a politician, Darrell was the CEO of Directed Electronics, a California-based manufacturer of branded automobile security and convenience products. DEI pioneered the concept of creating a loud noise when a car was disturbed. One of Directed Electronics' signature anti-theft system was called the Viper car alarm.

With Viper, when someone got too close, a speaker built into the car would play the words "Protected by Viper. Stand back" or "Please step away from the car." Sales in the company's first year topped $1 million. In the company's fourth year, Directed Electronics had revenue of $14 million. By 1999, the year Darrell decide to sell DEI, sales were $60 million per year. In 1999, Darrell sold his stake in DEI to a Florida-based private equity firm called Trivest.

Darrell Issa was born on November 1, 1953 in Cleveland, Ohio as the second of six children of Martha and William. He is of Lebanese-American descent on his father's side and of German and Czech ancestry on his mother's side. When he was 17, Issa dropped out of high school to enlist in the Army, where he became an EOD technician. He eventually earned a hardship discharge when his father had a heart attack; subsequently, he got his GED certificate. In 1972, Issa was arrested twice, first for stealing a Maserati and second for carrying a concealed weapon. He pleaded guilty to the latter charge and received six months' probation and a fine.

For his higher education, Issa went to Siena Heights University in Adrian, Michigan, where he majored in business administration. He then went to Kent State University, where he enrolled in the ROTC. From 1976 to 1980, Issa served in the Army Reserve. After that, he served on active duty. Shortly before his discharge, he was once again indicted for stealing a vehicle, although the case was dropped shortly after.

Following his departure from the military, Issa and his wife borrowed $50,000 from family to invest in the electronics manufacturer Quantum Enterprises. Issa then took control of one of the company's clients, Steal Stopper, and turned its struggling fortunes around. Soon, Steal Stopper was making car alarms for Ford and Toyota. However, just as it was achieving success, the company's factory and offices caught fire, destroying nearly all the inventory.

As car theft became more common in the US in the 80s, Steal Stopper was able to regain its value; it took on new clients including BMW, General Motors, and Rolls Royce. In 1985, Issa sold the company to a home alarm manufacturer. After this, he co-founded Directed Electronics, which creates car security products such as Viper car alarms and accessories. From $1 million of sales in the company's first year, Directed Electronics grew to $14 million in sales by 1989. In his other business endeavors, Issa is the CEO of Greene Properties, a real estate investment company with holdings in the North County of San Diego. 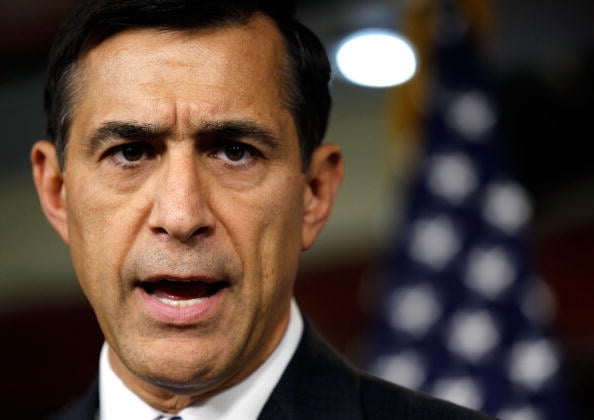 Due to his involvement in consumer-electronics trade groups, Issa increasingly became active in politics. Soon, he became one of California's most prolific campaign contributors to Republican candidates. In 1996, he chaired a successful campaign to pass California Proposition 209. Two years later, Issa ran his own campaign for elected office when he sought the Republican nomination for the US Senate against incumbent Democrat Barbara Boxer. Ultimately, he lost the nomination to California State Treasurer Matt Fong.

Issa became chair of the House Committee on Oversight and Government Reform in 2010. In this position, he was adamant about investigating President Obama, as well as WikiLeaks and the Food and Drug Administration. The Watchdog Institute later published a report asserting that Issa's investigative team included members with connections to industries that would profit from his investigations. Additionally, the advocacy group American Family Voices filed a complaint with the Office of Congressional Ethics against Issa, claiming that he repeatedly abused his Oversight Committee authority to inappropriately interfere in dealings with Merrill Lynch and Goldman Sachs. More controversy came in early 2021, when Issa and other Republicans enlisted others to vote for them while they attended the CPAC. The Campaign for Accountability filed a complaint with the House Committee on Ethics as a result.

During the 111th Congress, Issa voted with the majority of House Republicans 95% of the time. In 2016, he endorsed Donald Trump, and by 2017, had voted in accord with his positions 100% of the time. Later, following the Republican attack on the capital on January 6, 2021, Issa voted to reject the certification of Pennsylvania's electoral votes. He also voted against the impeachment of Trump and against the creation of an independent commission investigating the capitol attack.

Among his other positions, Issa advocated for the intervention in Yemen in 2015. He supports repealing the Patient Protection and Affordable Care Act and defunding Planned Parenthood. Issa is also against LGBTQ rights.

In the 70s, Issa wed his high-school sweetheart, Marcia Enyart. The pair later divorced. Following his discharge from the military, Issa married Kathy Stanton in 1980. They reside in the San Diego, California suburb of Vista. 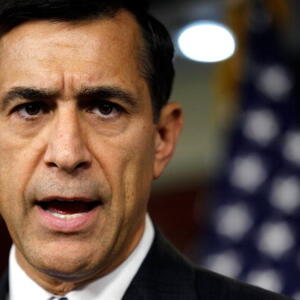