What is Chris Wallace's net worth and salary?

Chris Wallace is an American television anchor, author and journalist who has a net worth of $25 million dollars. He worked for ABC for 14 years before joining Fox News in 2003. His show "Fox News Sunday" aired on Fox Broadcasting channels and on Fox News. Chris abruptly announced his resignation from Fox on December 12, 2021.

Chris is somewhat of an enigma. He is a registered Democrat who works at Fox News and leans conservative. He was born to Jewish parents but is married to a Catholic and keeps a rosary on his bedside table, touching it and saying a prayer each night. Chris is one of a very few journalists who have worked for all four major networks during his career (technically he worked for CBS as an intern, but it still counts).

Christopher W. Wallace was born in Chicago, Illinois on October 12, 1947. He was named Christopher because he was born on Columbus Day. He is the biological son of "60 Minutes" journalist Mike Wallace, though he had very little contact with his father growing up and only connected when Chris was a teenager. His parents divorced when he was a year old. Chris grew up with his mother Norma and her new husband, CBS News President Bill Leonard.

Chris Wallace graduated from Harvard University, where he first began his career as a broadcaster, reporting the news on the campus radio station. After finishing school, he chose to turn down Yale Law School, and focus on journalism, taking a job with The Boston Globe. He then began working for a Chicago television station, and was hired to serve as a reporter by NBC in 1975. He served as a reporter for WNBC-TV in New York for 14 years, and subsequently became a political correspondent for NBC News, and then the Washington co-anchor for "Today" in the early 80s. He went on to anchor multiple programs for ABC over a 14 year career with the network. 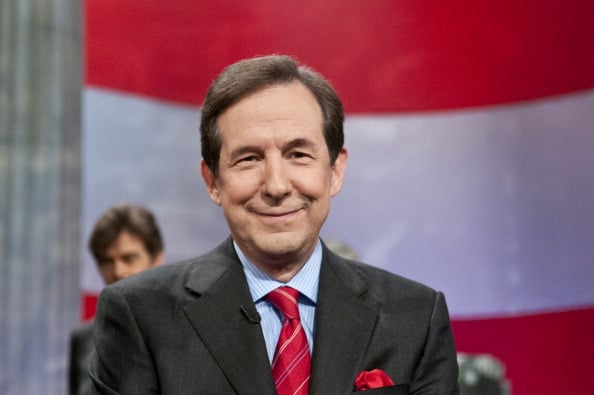 After a long and successful stint at ABC, in 2003 Chris left ABC for Fox News where he began hosting his own show "Fox News Sunday with Chris Wallace". Over time he earned a reputation for being one of the most reputable and balanced anchors at the network. Interestingly, he is a registered Democrat, though he identifies more as a Republican. He reportedly registered as a Democrat because he felt it was the most effective way to have an impact on local D.C. elections.

While at Fox he has conducted dozens of extremely notable interviews. In 2009 he landed Fox News' first interview with Barack Obama. In 2016 he co-moderated the Republican Party Presidential Debate. He conducted Donald Trump's first interview after being elected.

In a 2018 interview Chris famously asked Russian politician Vladimir Putin why so many of his political opponents end up dead. The interview earned him an Emmy for Outstanding Live Interview.

On December 12, 2021 Chris stunned the world be announcing his resignation from Fox News. He had reportedly been clashing behind the scenes with management about some of the views portrayed by his fellow Fox anchors.

Chris Wallace's peak annual salary at Fox was $7 million. His last Fox contract was signed in September 2017 and ran several years beyond the 2020 election according to reports at the time the deal was announced. It's unclear if he will continue earning-out his salary or if he walked away from millions of dollars by quitting in December 2021.

In 1997, Chris and Lorraine paid $1.1 million for a 5,000 square-foot mansion in one of Washington D.C.'s best neighborhoods. Years later Barack Obama and Ivanka Trump would both buy nearby homes. Today Chris' house is worth an estimated $4-6 million based on comparable sales.

Chris and Lorraine also own a waterfront home in Annapolis, Maryland. For many years the vacationed in Martha's Vineyard, where his birth father Mike Wallace owned an impressive oceanfront home. Chris would later explain that he and Lorraine considered buying a vacation home in Martha's Vineyard but they eventually grew frustrated by frequent missed connections and flight delays to get to the island. So they opted for a much closer vacation abode, an hour or two away from D.C. (depending on traffic) in Annapolis. At the time of purchase, Chris' Fox News obligations had him recording on Sunday mornings, so having a vacation home close by was a major benefit. 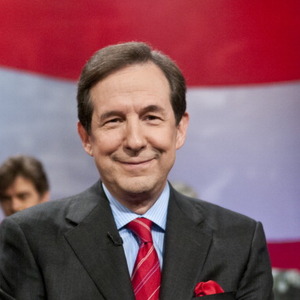