What is Candace Owens' Net Worth and Salary?

Candace Owens is an American conservative commentator and political activist who has a net worth of $1 million. She is best known for her pro-Trump activism. Despite starting out as a liberal, she joined the far right in 2016 and began propagating misinformation and numerous conspiracy theories, as well as defending white supremacy. In the media, Owens hosts her own self-titled podcast and writes for the conservative website the Daily Wire.

Candace Owens was born as Candace Amber Owens Farmer on April 29, 1989 in Stamford, Connecticut. She is the third of four children, and was raised by her grandparents after her parents divorced when she was around 11. As a teen, Owens went to Stamford High School. While there, she received multiple racist death threats via voicemail from white male classmates. Owens' family subsequently sued the Stamford Board of Education for failing to protect their daughter's rights, resulting in a settlement of over $37,000. For her higher education, Owens attended the University of Rhode Island as a journalism major. However, she eventually dropped out following her junior year due to a student loan problem.

After dropping out of college, Owens took an internship in New York City with Vogue magazine. Following this, she landed a job as an administrative assistant for a Manhattan private equity firm; she later became the firm's vice president of administration.

In 2015, Owens established her online presence as CEO of the marketing agency Degree180. On the company website, she wrote many blog pieces that derided conservative Republican figures. Owens aimed to start another website, SocialAutopsy.com, in 2016. However, the site, which was intended to expose online bullies by tracking their Internet activity, was highly controversial for the privacy violations it would entail. To punish Owens, Internet users started posting some of her private details online. Although she had no evidence of who was really behind the doxing attack, Owens blamed it on progressives involved in the Gamergate scandal. This garnered her the support of several prominent conservative figures also in opposition to Gamergate. Owens soon announced that she had become a conservative "overnight" as a result of this incident. 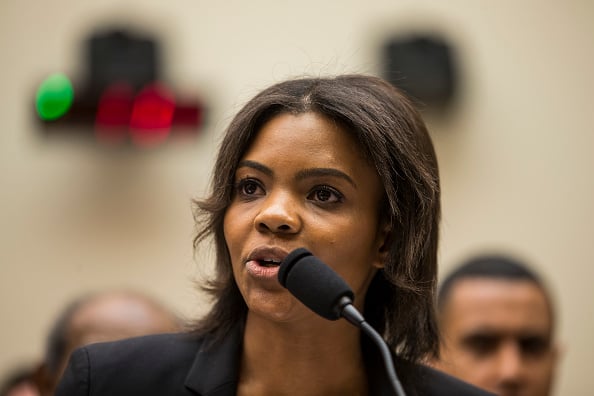 Despite having just recently excoriated him and his views, Owens began advocating for Donald Trump by the end of 2017. She started the website and YouTube channel Red Pill Black to promote "Black conservatism," and was hired as the communications director of the conservative advocacy group Turning Point USA. In 2018, Owens officially registered as a Republican, and appeared on a number of conspiracy websites.

Owens joined the Daily Wire, a conservative website and media company, in 2021. For the platform, she began hosting her own political talk show podcast called "Candace." Earlier, Owens announced that she was interested in running for office as either a governor or US senator, but that she would only run if she were facing an incumbent Democrat. Later, Owens announced that she was thinking of running for president in 2024.

Although she identified as liberal as late as 2015, Owens described herself as a conservative and Trump advocate by 2017. She is now known as a far-right conservative who shares in fringe rightwing views and conspiracies. Owens is notorious for criticizing the Black Lives Matter movement and other Black people in general. Notably, she has said that African-Americans have a victim complex; that police violence inflicted upon Black people is unrelated to racism; and that white nationalism is not a threat to the country.

Among her other traditionally rightwing views, Owens opposes abortion, feminism, trans rights, welfare programs, and immigration. She denies the reality of climate change, and has propagated the Big Lie that the 2020 presidential election was stolen. Owens has spread all kinds of other misinformation and debunked conspiracy theories as well. In the summer of 2020, she falsely asserted that George Soros paid people to protest George Floyd's murder. The same year, in response to the COVID-19 pandemic, Owens claimed that Bill Gates and the WHO were using "tribal children" to experiment with vaccines. She has perpetuated many other vaccine myths since then. In 2022, during Russia's invasion of Ukraine, Owens perpetuated Russian propaganda.

Following the mosque massacre in Christchurch, New Zealand in 2019, it was revealed that the shooter's manifesto had mentioned Owens as the primary influence for his attack. Some found this probable due to Owens' virulent anti-Muslim rhetoric, while others speculated that the shooter was simply being provocative to spur political conflict. Owens formally denied any connection to the shooter.

In 2019, Owens met and married Englishman George Farmer, the former chair of Turning Point UK. The couple had their first child, a son, in early 2021. 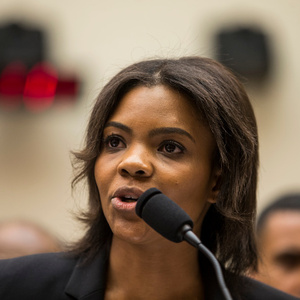