Brit Hume net worth and salary: Brit Hume is an American news anchor and author who has a net worth of $14 million dollars. At his peak, Brit Hume's salary was $5 million per year.

Born in Washington, DC, Brit Hume graduated from the University of Virginia with an undergraduate degree in English in the mid-60s. He began his professional career immediately after college, working for such publications as The Hartford Times and the Baltimore Evening Sun. He also worked for United Press International. In the early 70s, he worked for columnists Jack Anderson and Richard Pollack. Some of his reporting led to his family being put under surveillance by the Nixon administration. The surveillance footage and accompanying documents were later revealed. He was hired by ABC News in 1973, and became a correspondent three years later. He became ABC's White House correspondent in 1989. He became the managing editor of Washington news for Fox News' in 1997. He was one of the first reporters to cover the Monica Lewinsky scandal, when Fox decided to push the launch of his news program, "Special Report with Brit Hume" up in order to cover the debacle. He retired in 2008. 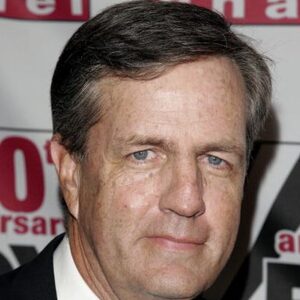