What is Brian Kilmeade's Net Worth and Salary?

Brian Kilmeade is an American television and radio political commentator and host for Fox News. Brian Kilmeade has a net worth of $10 million. For his work at Fox News, Brian earns $4 million per year. Brian has also written several books.

Kilmeade was born on May 7, 1964 in New York City. He is of Irish and Italian descent. He attended Massapequa High School, from where he graduated in 1982, and then enrolled at Long Island University Post in Brookville New York. He graduated with his bachelor's degree in political science in 1986.

Kilmeade began his career with Channel One News, a daily national high school television news program. He worked as a correspondent for the channel. He then got a job with KHSL-TV in Chico, California, where he worked as a host and anchor. He also began working in sports radio and television. He co-hosted "The Jim Brown Show" on KLSD, an all-sports radio network. In 1993, he continued working with Jim Brown to provide commentary on Ultimate Fighting Championship (UFC) events. He conducted interviews of the fighters following their fights and then moved into a play-by-play announcing role for UFC 2 and UFC 3 in 1994.

He then moved to Hartford, Connecticut in 1997 where he worked as a freelance sports anchor for WVIT, an NBC affiliate. He provided sideline coverage of Major League Soccer games involving the MetroStars. He then moved on to begin working as an anchor for NewSport, where he hosted "NewSport Journal," a daily magazine show for the network. He also began anchoring "Scoreboard Central," a half-hour sports program that covered big sports story of the day.

In 1998, Kilmeade became a host of the Fox News Network's morning program, "Fox and Friends." He started hosting the show the same year as co-host Steve Doocy. Both Doocy and Kilmeade have remained hosts of the show, along with a few other female co-hosts who have come in and out, ever since. Kilmeade also does other hosting gigs with Fox. In April of 2006, Kilmeade filled in for Fox anchor Tony Snow on his radio program for Fox News Radio. Snow had left the network in order to become the new White House Press Secretary for the George W. Bush Administration. Kilmeade then got his own radio program, "The Brian Kilmeade Show." In 2022, he began hosting the Fox News weekend program, "One Nation with Brian Kilmeade." 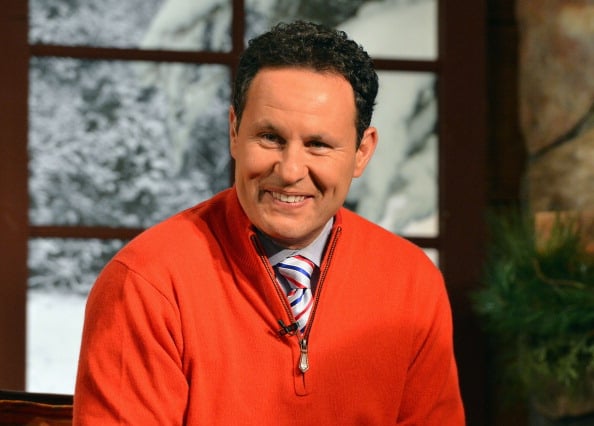 Kilmeade's career with Fox News has not been without some controversy. He has made several remarks on the historically conservative news network that have resulted in some clapback. In July of 2009, he made comments about Americans marrying "other species and other ethnics," and went on to say that people in Sweden and Finland had "pure genes" because they typically married people of the same ethnic background. He later apologized for his remarks.

In 2010, he was again in hot water when he made the statement that "not all Muslims are terrorists, but all terrorists are Muslims." He later apologized and stated that he misspoke, as he was referring to the terrorists who had targeted Americans in specific attacks, like in the September 11, 2001 attacks or in the 1998 embassy attacks.

Kilmeade was also a strong supporter of the Donald Trump presidency and acted as somewhat of an informal advisor to President Trump, who was a known viewer of Fox News programming. He often defended President Trump and his various policies. In 2018, in reference to the family separation policy at the US-Mexican border, he made the remark that the children separated at the border were "not our kids," which many viewed as insensitive. He also has made remarks defending former president Trump's views on climate change and race relations.

However, following the events of January 6th at the U.S. Capitol, Kilmeade became a bit more critical of the former president. He sent messages to the then White House Chief of Staff, Mark Meadows, urging the president to publicly condemn the actions of many of his supporters who illegally entered the Capital building and caused thousands of dollars in damage. While Kilmeade had originally voiced opinions regarding the legitimacy of the 2020 U.S. election, in January of 2022, he stated that the former president should "learn to lose" and went on to say he had not been presented with any evidence that the election had been tampered with. He voiced the opinion that the Republican party needed to move on from questioning the election results.

In addition to his radio and television career, Kilmeade has also authored several fiction and non-fiction books. He released his first book in 2004 called, "The Games Do Count: America's Best and Brightest on the Power of Sports." In 2007, he released, "It's How You Play the Game: The Powerful Sports Moments that Taught Lasting Values to America's Finest."

His next book in 2013 was a historical novel based on the Culper Ring spies during the American Revolution called, "George Washington's Secret Six: The Spy Ring That Saved the American Revolution." He wrote a 2015 book that was focused on the life of Thomas Jefferson and a 2017 booked that was focused on Andrew Jackson. In 2019, he continued exploring the lives of historical figures by writing a book on Sam Houston and the Alamo. In 2021, he released, "The President and the Freedom Fighter: Abraham Lincoln, Frederick Douglass, and Their Battle to Save America's Soul."

Kilmeade married his wife, Dawn, in 1993. Together they have three children – Brian, Kirstyn, and Kaitlyn. While he pursued a career in television hosting and commentary, he also enjoyed doing stand-up comedy in his free time. 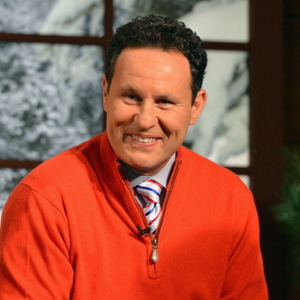