Bobby Jindal net worth: Bobby Jindal is an American politician who has a net worth of $5 million. Bobby Jindal was born in Baton Rouge, Louisiana in June 1971. He is the current governor of Louisiana. Jindal is a Republican who graduated from Brown University and New College, Oxford. From 2005 to 2008 he served as a Member of the U.S. House of Representatives from Louisiana's 1st district.

Jindal became the 55th Governor of Louisiana in 2008. He was appointed secretary of the Louisiana Department of Health and Hospitals in 1996 and president of the University of Louisiana System in 1999. He was appointed as the principal advisor to Tommy Thompson, the United States Secretary of Health and Human Services by President George W. Bush in 2001. In June 2015 Jindal announced his candidacy for the Republican nomination in the 2016 presidential election. 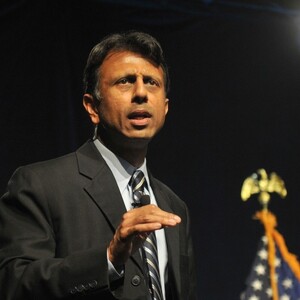