Bill Haslam net worth: Bill Haslam is an American politician who has a net worth of $2.1 billion. Bill Haslam was born in Knoxville, Tennessee in August 1958. He is the current Governor of Tennessee. Haslam is a Republican who graduated from Emory University. From 2003 until 2011 he served as the 80th Mayor of Knoxville.

Haslam became the 49th Governor of Tennessee in 2011. He also serves as the chairman of the Republican Governors Association. He started his career in business with his father Jim Haslam who founded the Pilot Corporation. Bill served as the company's president and then was CEO of the e-commerce and cataloging divisions of Saks Fifth Avenue. Haslam is a co-owner of the minor league baseball team the Tennessee Smokies. Haslam is also a co-owner of the nation's largest chain of convenience stores/gas stations Pilot Flying J. Since 2011 he has been a member of the Young Life Board of Trustees. 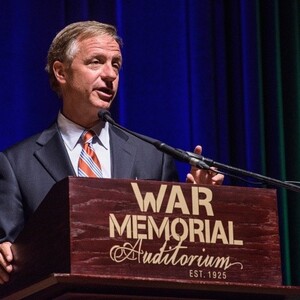