How much is Ann Romney Worth?

Ann Romney net worth: Ann Romney was born in Detroit, Michigan on April 16, 1949 to parents Edward Roderick Davies and Lois Davies. Ann Romney has a net worth of $50 million dollars. Her father was known for being a self-completed businessman who co-founded Jared Industries which specializes in heavy machinery. He was also a mayor for a short time of Bloomfield Hills. Ann Davis sort of followed after her father when she met her future husband Mitt Romney in elementary school. The two started dating March 1965 and was married June 1965. In 1966 she went to Brigham Young University where she obtained a Bachelor of Arts degree in French. Besides being known as "First Lady of Massachusetts" while her husband was governor of the state, Ann got involved in various charitable organizations such as "Operation Kids". She also helped out her husband in his 2008 presidential run. In 1998 she was diagnosed with multiple sclerosis. She decided to use a mixture of mainstream and alternative treatments to maintain her health. She was also diagnosed with ductal carcinoma in situ in 2008. It is a non-invasive form of breast cancer. She underwent treatment and no longer has breast cancer. She and Mitt Romney have five sons and twenty-two grandchildren. 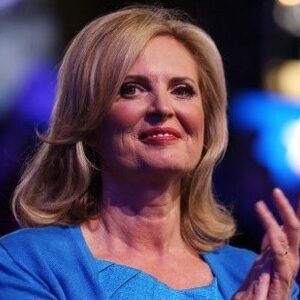